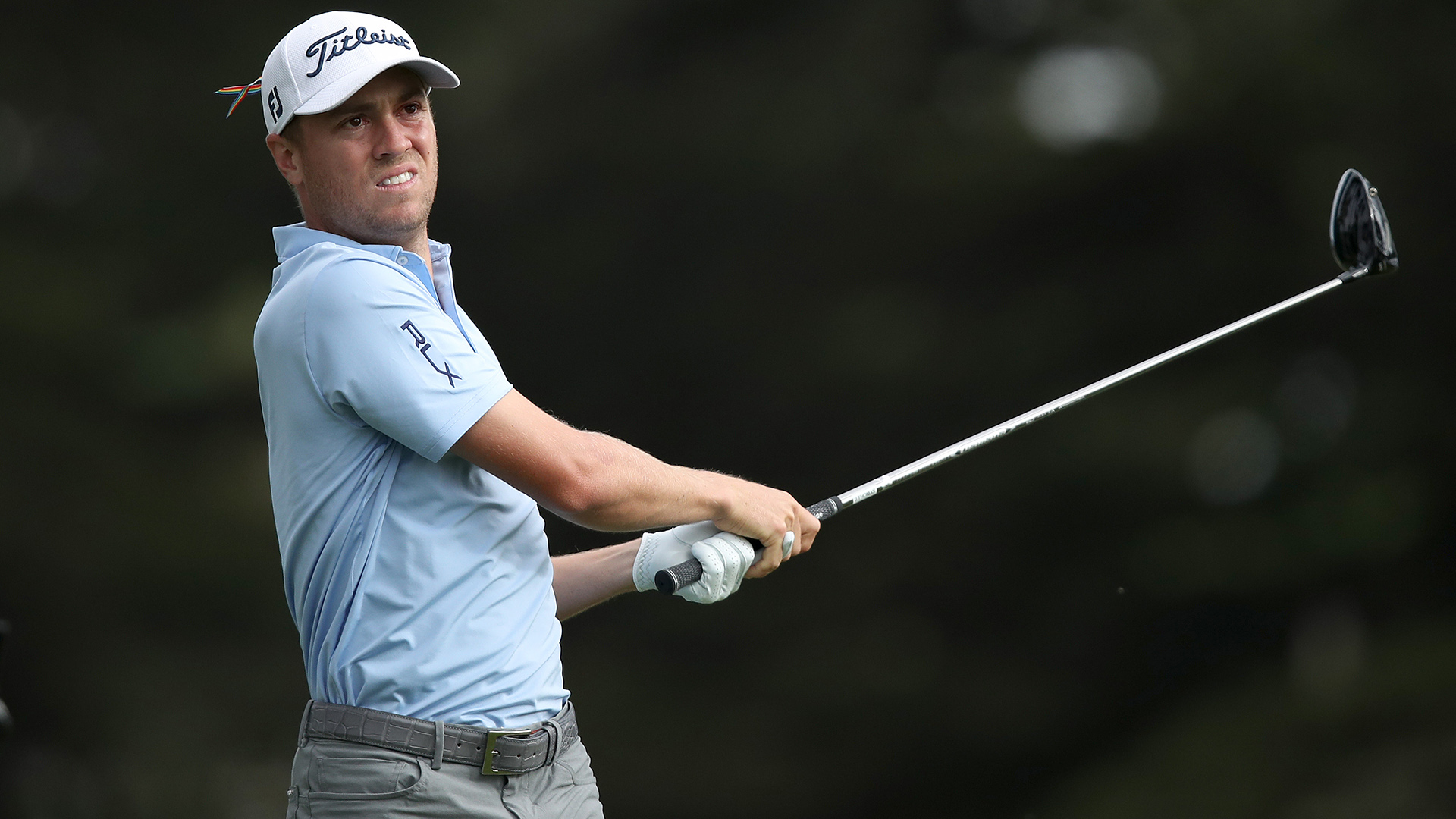 The contest continues this week with The Northern Trust and will run through the rescheduled Masters in November. Here's a look at some of the players to keep an eye on when making your Pick 'Em selections as the PGA Tour kicks off the postseason at TPC Boston:

1. Justin Thomas: The No. 1 seed, both in points and heading into the week. Thomas finished the regular season leading the Tour in strokes gained: approach and tee-to-green, and he was second in SG: putting. Now he returns to a course where he won back in 2017 and is reunited with Jim "Bones" Mackay, who was on the bag for last month's win in Memphis.

2. Bryson DeChambeau: DeChambeau won the last time the Tour staged an event at TPC Boston, cruising to a second win in as many weeks in 2018 while playing alongside Tiger Woods. He returns as the Tour's leader off the tee and ranking fifth in putting, a formidable combination on a course where he has had recent success. His eight top-10s in his last 10 starts include a "validating" T-4 finish at the PGA.

3. Patrick Reed: Reed won this event last year at Liberty National. He also won it in 2016 at Bethpage. Sensing a trend? Captain America has come out of the gates strong in the playoff opener, finishing T-25 or better each of the last four years regardless of venue. He also has played well here, notching three straight results of T-6 or better from 2015-17, and enters off a top-10 finish in Greensboro that included a final-round 64.

4. Jason Day: Suddenly Day is playing like a former world No. 1 again. His four straight top-10 finishes include a T-4 result at TPC Harding Park, and the Aussie's track record in Boston includes a run from 2010-16 where he was outside the top 15 just once. After a rough start to the season, he's now 15th in SG: tee-to-green and playing much more like the guy we saw four or five years ago.

5. Collin Morikawa: Morikawa is making his first start as a major champ, two weeks removed from his memorable performance in San Francisco. The limelight might not be as bright given the lack of fans and reduced media presence, but it could still be a period of adjustment for the 23-year-old. At No. 2 in points, though, he's assured of a strong position at East Lake and remains a threat on any course, especially one like this week's venue that rewards accurate iron play into undulating and tiered greens.

6. Webb Simpson: Simpson had an "almost" week in Greensboro, one that didn't meet his standards or expectations but still resulted in a T-3 finish. He's nine years removed from his Deutsche Bank win at this course, and while he has recorded only one other top-10 at TPC Boston it speaks to how well he can perform here when playing well. And he's definitely doing that at the moment, in the midst of a career year with top-15s in four of his last six starts including a win.

7. Rory McIlroy: McIlroy has to contend at some point. Right? The former world No. 1 has yet to record a top-10 finish in six starts since the break, but this might be his best opportunity to do so. McIlroy won here in both 2012 and 2016, and across 30 competitive round he boasts a 68.80 scoring average on the par-71 layout.

8. Jon Rahm: Rahm is making his third start as world No. 1, but that dominant performance at the Memorial continues to be both a sign of his potential and an outlier given his other middling results. His TPC Boston record includes a T-4 finish in 2017 in his first appearance, and he did rally to post a T-13 result at the PGA in his most recent start.

9. Xander Schauffele: Schauffele continues to post solid results that keep him on the cusp of a breakthrough performance. His T-10 finish at the PGA was his fourth straight top-15 result, and he has been outside the top 20 just once in seven starts since the break. His TPC Boston experience doesn't measure up to some of the other favorites, with T-49 and T-53 finishes in his two prior trips. But his simmering form more than makes up for those missteps, and three of his four career wins have come in limited-field events.

10. Adam Scott: Somehow it's been 17 years since Scott earned his first PGA Tour victory at TPC Boston, and he has had considerable success here ever since. While this is just his second start since the break, the Aussie didn't show much rust en route to a T-22 finish at TPC Harding Park and should be able to create plenty of birdie chances this week on a more familiar layout.