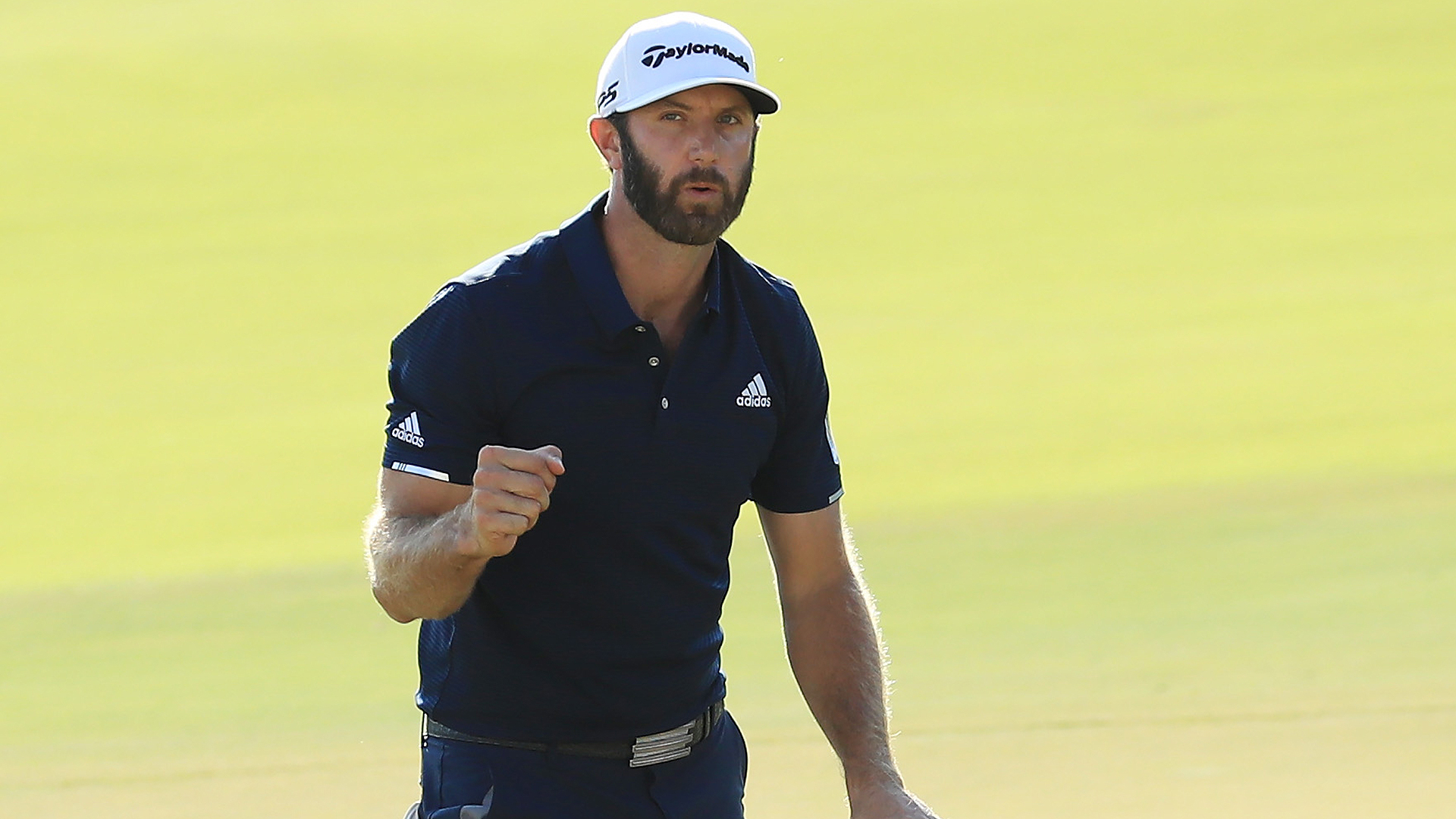 The contest continues this week with U.S. Open and will conclude with the rescheduled Masters in November. Here's a look at some of the players to keep an eye on when making your Pick 'Em selections as Winged Foot hosts a major for the first time since 2006:

1. Dustin Johnson: Where else to start than with golf's newest $15 million man. Johnson blew through the Tour's postseason, including a lucrative payday at East Lake, and now he turns up as the world No. 1 and clear betting favorite. Four years removed from his win at Oakmont, Johnson has a strong history of success on U.S. Open venues and is playing some of the best golf of his career at just the right time.

2: Justin Thomas: Somewhat overshadowed in recent weeks but every bit as complete a player as Johnson. Thomas fired a 63 three years ago at Erin Hills, and while his U.S. Open record otherwise isn't exactly scintillating, his ball-striking stats are. Thomas led the Tour last season in Strokes Gained: Approach and SG: Tee-to-Green, and coming off a three-win campaign he has all the tools at his disposal to capture a second major.

3. Xander Schauffele: It's hard to find a better list of credentials among a player still seeking his first major. Schauffele has finished T-6 or better in all three prior U.S. Open appearances and is two weeks removed from being the best player at East Lake. He's had numerous close calls since his last win nearly two years ago, has been rock-solid since the break and appears poised for a breakthrough.

4. Jon Rahm: Look no further than Memorial and the BMW to see how Rahm fares when the going gets tough. The Spaniard flourished in difficult conditions in both of his post-pandemic wins, and this week he'll face a similar test. If the driver is performing anywhere close to how he hit it over the weekend at Olympia Fields, he could be tough to catch as he looks to win his first major.

5. Collin Morikawa: Morikawa needed only two starts to get major No. 1, and now he looks for his second in a row in a high-profile pairing with Tiger Woods. The PGA champ has been solid since Harding Park, but his iron play could be a separating factor this week on a track that will require several long approaches into par 4s.

6. Tommy Fleetwood: Fleetwood has been quiet since the re-start, but he got hot in a hurry last week in Portugal. The Englishman finished T-3 while picking up more than 17 shots against the field from tee to green, a ball-striking performance that bodes well for this week. After all, it was just two years ago that he shot a final-round 63 at Shinnecock Hills and nearly caught Brooks Koepka in the process.

7. Daniel Berger: Berger has been one of the best players since the break, but even a win this week won't get him into the upcoming Masters. Up to 13th in the world, he has found his tee-to-green groove and remains one of the best scramblers around the greens. On a course where everyone will miss their fair share of greens, that could prove especially important for a player who has four top-3 finishes including a win since June.

8. Webb Simpson: Simpson won this event eight years ago at Olympic and now might be playing even better than he did that summer. He has won twice this year, both before and after the break, and brings a potent combination of ball-striking and putting. Add in the poise and presence of a veteran who knows what it takes to win this tournament and it wouldn't surprise anyone to see his name near the top of the leaderboard this weekend, even though he's not one of the longer hitters on Tour and facing a lengthy test.

9. Rory McIlroy: McIlroy is making his first major start as a father, with his daughter's recent birth now an understandable explanation for his lack of focus and intensity in his first few starts after the break. McIlroy has the power and talent to compete on any course, including one as difficult as Winged Foot. But he's never won a tournament with a score higher than 10 under par and his record in this event since his 2011 triumph at Congressional isn't exactly stellar.

10. Matthew Fitzpatrick: The Englishman is a trendy sleeper pick this week, as he often speaks about how he prefers difficult tests and backed it up this year with strong showings at Bay Hill, Muirfield Village and Olympia Fields. Fitzpatrick is a former U.S. Amateur champ, has a pedigree that more than makes up for his lack of a PGA Tour win and typically shines on the greens.