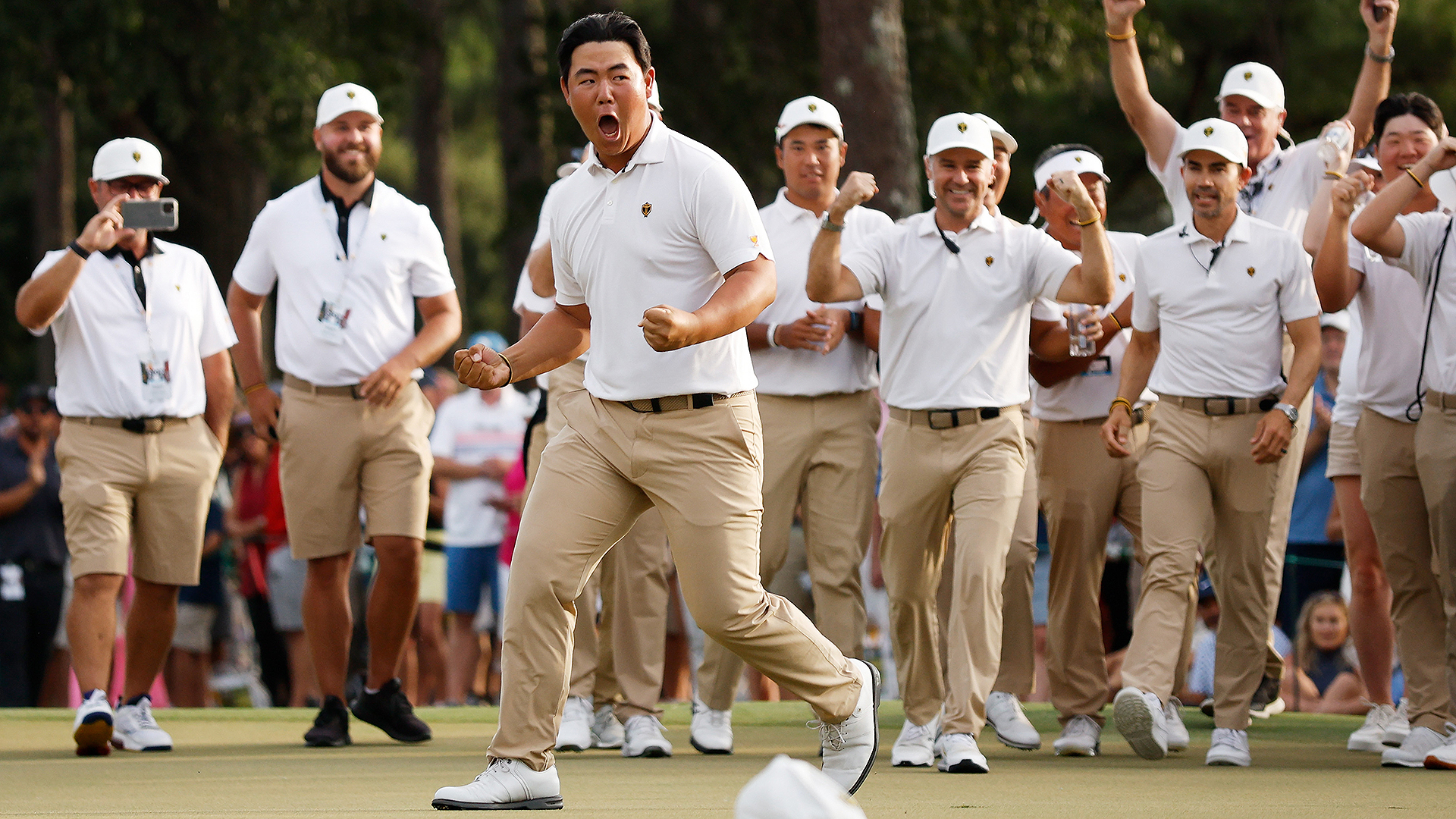 This thing ain't over yet.

While the Americans still lead this 14th Presidents Cup by a comfortable margin, the Internationals are still alive after taking Saturday afternoon's fourballs session, 3-1, and closing the gap to 11-7 entering Sunday singles.

Tom Kim, the 20-year-old rookie from South Korea, and another rookie, Cam Davis, stepped up late to help the visiting side secure two big points, which clinched a 5-3 two-session performance by the Internationals on Saturday.

"Today was a great day," Adam Scott said. "We were in a deep hole coming here on the bus this morning, and all of the boys dug really deep. You know, we halved the morning session, and we won in afternoon session, and the momentum, you know, I think over the course of my career in this, there hasn't been many times I've felt momentum going our way. And today, we had the momentum. We certainly have it finishing this evening, and it will be great if we could keep it rolling tomorrow."

Added International captain Trevor Immelman: "This morning on the bus at 5:50, I challenged these guys to win the day, and they did. ... I'm almost in tears here."

Here is a recap of Saturday afternoon's action at Quail Hollow Club in Charlotte, North Carolina:

After going 2-0 the first two days while not reaching the 17th hole, Cantlay and Schauffele sat Saturday morning’s foursomes session and then drew two of the Internationals’ hottest players this week in the two Kims.

Si Woo canned a 12-foot birdie putt at the par-4 second to give his side a 1-up lead, but the steady American pair took the next two holes, one with a Cantlay birdie and the other with a Schauffele birdie, to flip the match. The Americans went 2 up after two International bogeys at the par-3 10th hole, but Tom got one back in exhilarating fashion at the short par-4 11th hole, where he drove the green and then hooped a 55-footer for eagle, his second made eagle putt at No. 11 on the day as he also made one in the morning foursomes session.

Si Woo got in on the excitement two holes later, making a 22-foot birdie putt to win No. 13 and tie the match. Schauffele then got a 37-foot birdie putt from off the green to drop at the par-4 15th and Tom couldn’t match from 9 feet, and the U.S. went back to 1 up. But Si Woo was the only player to birdie at par-5 16th, and the match, once again, was knotted up.

Tom has quickly become a fan favorite this week with his energy and fist pumps, and he gave everyone a Tiger-esque hat throw on the par-4 18th hole after hitting his approach to 10 feet and curling in the birdie to secure a full point.

“I wanted that putt more than anything in the world,” Tom said.

Matsuyama nearly holed his approach from 183 yards out at the par-4 first hole before winning the hole with birdie. But Spieth responded by holing a 17-footer for birdie at the next to tie the match back up, and he and Thomas quickly stretched their lead to 2 up after four holes, a run that was capped by a 6-foot birdie by Spieth at the par-3 fourth hole.

Spieth had it going in this match as his score counted for 12 of the 15 holes. His birdie at the par-4 15th hole, where he holed an 18-foot chip from just inside the penalty-area line, put the match away, 4 and 3, the second such result of the day for Spieth and Thomas, who capped team play with a 4-0 record this week.

"I was thinking Justin's got birdie," Spieth said of the winning chip-in, "but I may as well try and not wait for him."

The Internationals struck first in this match as Munoz rolled in a 25-footer for birdie at the par-3 fourth hole, but Kisner tied things back up a few holes later by knocking his second shot at the par-5 seventh on the green and converting the 7-foot eagle putt.

The match didn’t stay even for long, though, as Munoz drove it up near the green at the short par-4 eighth and chipped close for a hole-winning birdie. After a crazy halve as Finau chipped in for par at No. 10, the visitors added to their lead at the next drivable par-4, No. 11, where Im found the green off the tee and two-putted from 70 feet for birdie to double the Internationals’ lead to 2 up.

The Internationals birdied five of their last six holes to put away the Americans in this one, with Munoz lagging a 20-foot eagle putt close at No. 16 to seal the deal.

U.S. captain Davis Love III’s benching of Scottie Scheffler left Burns, who had teamed with the world No. 1 for three sessions, with a new partner in Horschel.

Burns’ 12-foot birdie make at the par-4 third gave the new U.S. pair the early lead, but Burns hit two balls in the water at the par-5 seventh and Scott’s two-putt birdie tied the match back up. Four of the next five holes were halved with birdies – Burns had three during that stretch (he was 3 feet for birdie on No. 12, too, before Horschel made his birdie putt) – as the match remained tied through 12 holes.

The U.S. then retook the lead as Burns knocked his tee ball to 9 feet at the par-3 14th hole and rolled in yet another birdie. Burns managed seven birdies in the fourball format through the first 14 holes, and he was credited with eight total after one at the par-4 finishing hole.

However, Burns never got to hit his final birdie putt as Davis delivered some late heroics. The rookie Aussie closed in eagle-birdie-birdie, the final birdie coming from 9 feet, to ensure a 5-3 third day in favor of the Internationals. 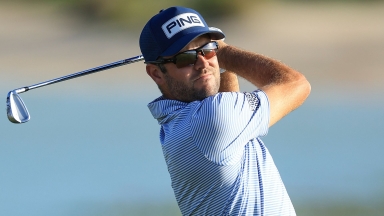 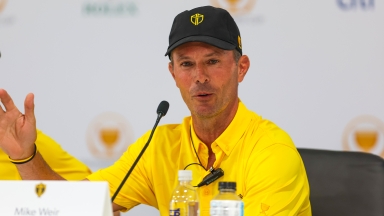