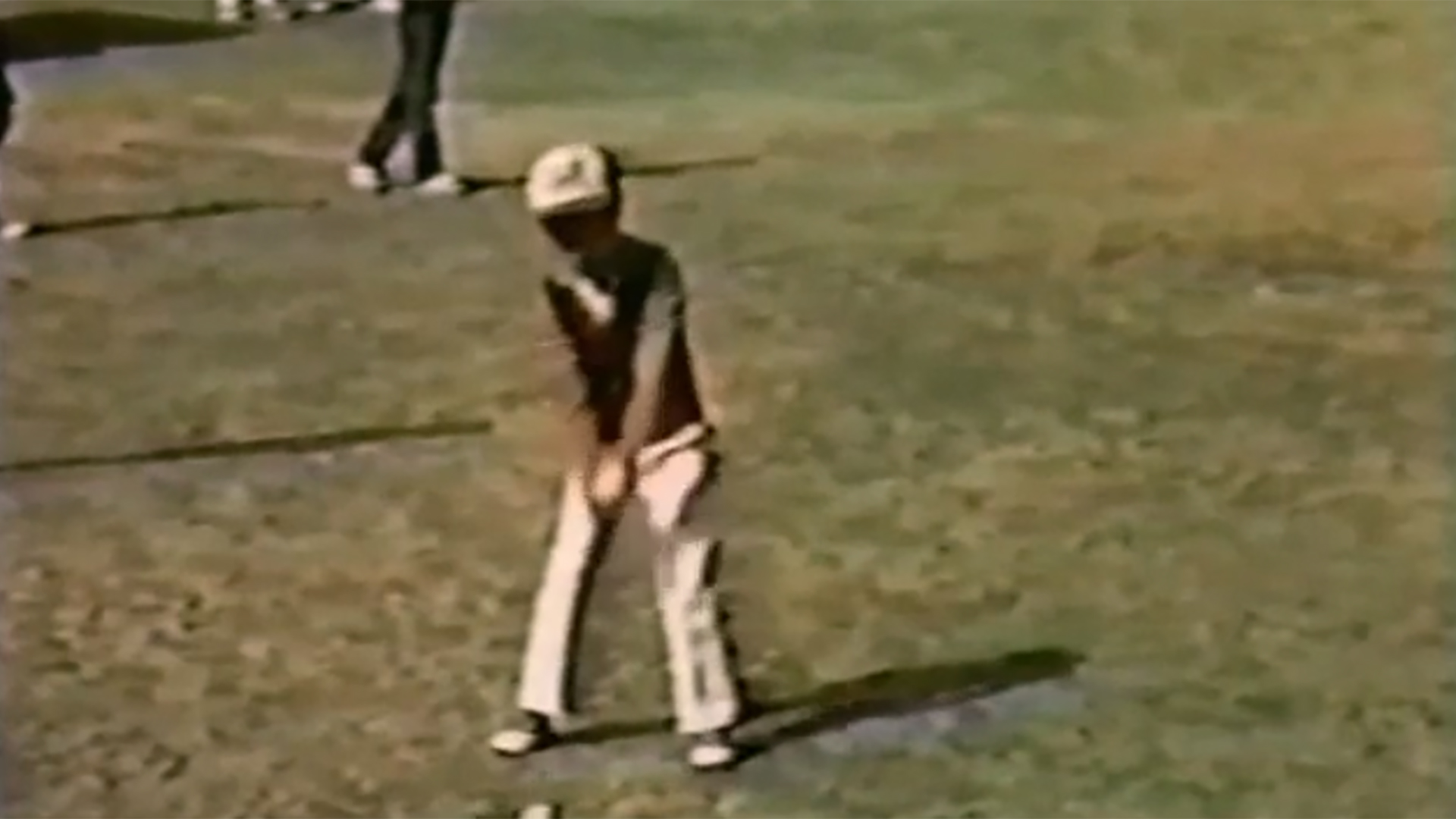 When Tiger Woods turned 6 years old, there was a video recording of what he did on his birthday. Tiger, however, wasn't at a party; though, he was the center of attention.

On Dec. 30, 1981, a small exhibition match took place at Redlands Country Club in Southern California. Tiger was one of the four participants, which also included his father, Earl, his instructor, Rudy Duran, and a 12-year-old, Michele Lyford.

The match – Team Woods vs. Duran/Lyford – was recorded on home video equipment but had never been seen by the public. Until now.

As for the exhibition result, the now Michele Lyford-Sine relayed details in 2019 to the Redlands Community News.

"I was nervous,” Lyford-Sine told the news outlet. “I couldn’t let this 6-year-old beat me. I was twice as old as he was and he was half my size.”

As for who won, Lyford-Sine, who went on to have a successful amateur career, shot 41 over the nine holes while Tiger shot 51. And afterwards, there was a birthday celebration.

“I remember,” said Lyford-Sine, “we sang happy birthday to him and he blew out candles on a cake inside the restaurant at Redlands Country Club.”