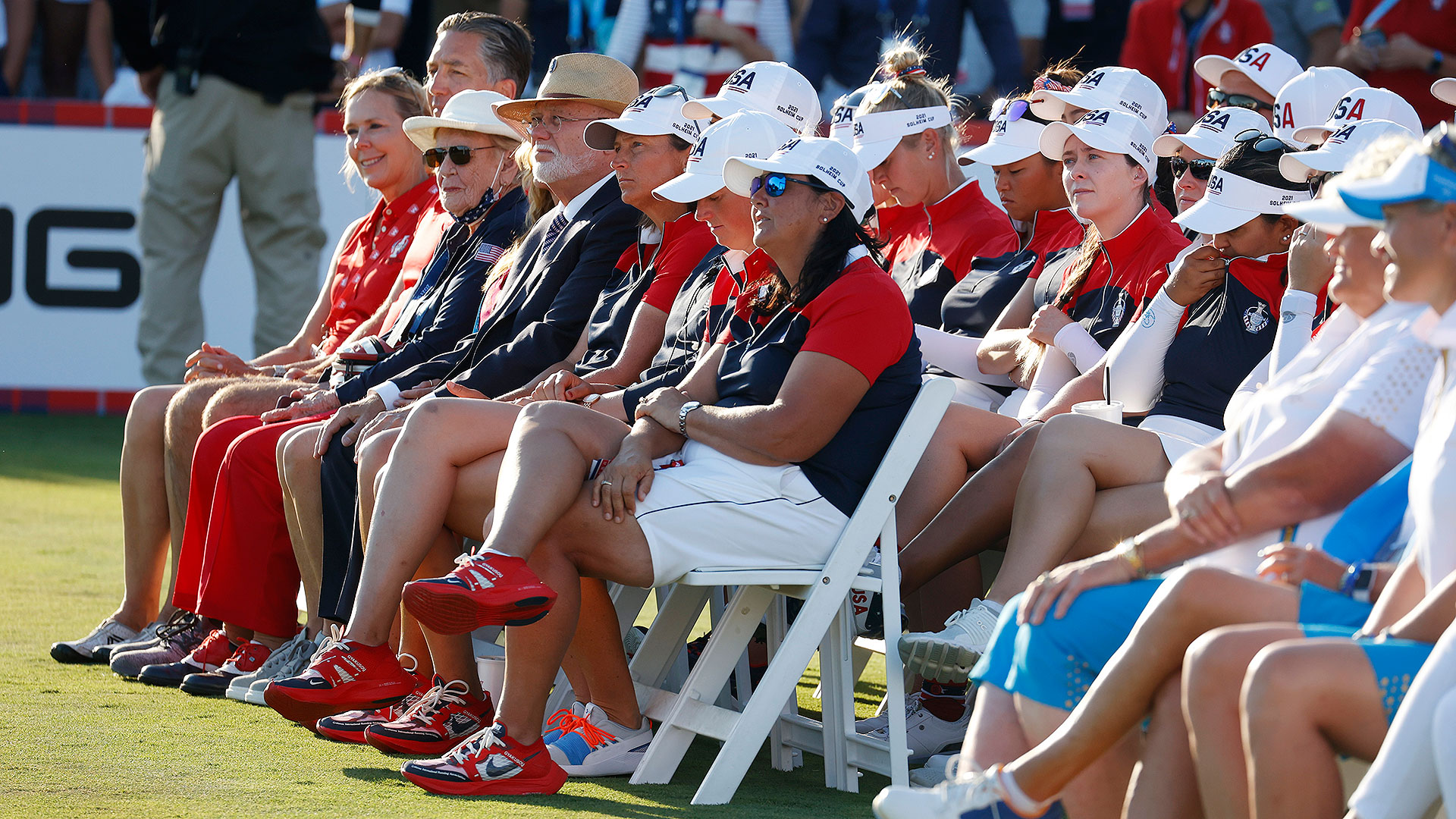 TOLEDO, Ohio – For just the second time in Solheim Cup history, the U.S. lost on home soil. The home team trailed by three points after the first session and was never able to fully recover.

Here's a look back on how the American players performed at Inverness Club with a subjective grade attached (click here for European Solheim Cup team report cards).

Why the grade? When you are world No. 1, much is expected, but there were a lot of unexpected occurrences for the younger Korda. She was involved in the week's lone rules controversy (through no fault of her own), lost her one match alongside her sister, endured a 5-and-4 drubbing in Sunday foursomes, and then defeated Georgia Hall in singles. Korda has had much better weeks this year.

Why the grade? The world No. 8 went 1-3 in the Solheim Cup for the second consecutive competition. She was first out on Saturday and last out on Monday and lost both of those matches on the 18th hole. The spirited Kang should be tailor-made for Solheim Cup success, but it hasn't shown in her recent record.

Why the grade? After being pressed into action two years ago because of a Stacy Lewis injury, Ewing qualified for this year's team, doing so as the reining LPGA Match Play champion. But similarly to last time, she won only one match. Ewing had a chance to earn a full point in the opening foursomes, but missed a 4-footer on the final hole. She then went 1-1 with Nelly Korda as a partner before dropping a crucial early singles match to Madelene Sagstrom on Monday.

Why the grade? Ernst and Kang went 1-2 as partners and she tied her singles match with Nanna Koerstz Madsen. Ernst is now 0-1-1 in Solheim Cup singles. 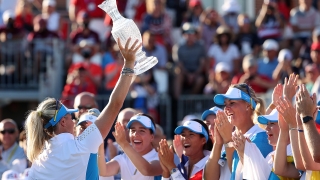 With little support, aside from each other, the Europeans won for the second time on American soil at the Solheim Cup.

Why the grade? Thompson dropped her first two matches at Inverness before making a massive birdie putt on the 17th hole to win her morning foursomes on Sunday. She then tied Anna Nordqvist in singles. That tie, however, was much more than just a half-point for the Euros. A Thompson win could have invigorated her teammates, which is what U.S. captain Pat Hurst had hoped. Instead, it edged Europe closer the cup. Thompson is now 1-4-3 in her last two competitions.

Why the grade? It feels redundant to keep giving U.S. players some version of a 'C,' but many of them played to that level. Korda was reportedly feeling ill during the event and didn't play in the afternoon of Day 1 or the morning of Day 2. She lost both of her team matches, including one with her sister, but got a measure of redemption with a victory over Charley Hull, 3 and 1, in singles. Though expectations were high for both Kordas, it's tough to be too harsh if a player is battling her health.

Why the grade? Khang looked poised to get an early point for the U.S., but she and Ewing blew a 2-up lead with two to play in the opening session. She then lost a fourball match alongside Jessica Korda. In singles, however, she was 6 up through eight on Sophia Popov, eventually winning, 3 and 2.

Why the grade? Salas and Jennifer Kupcho went 2-0-1 together, forming the best American tandem of the week. A five-time Solheim Cup veteran, she faced rookie Matilda Castren in singles. It was a must-win match for the U.S. and Salas looked to have squared it with a brilliant approach shot to the 17th. But she missed the slick 3-footer and ended up losing, 1 down.

Why the grade? See above. The only difference for Kupcho – aside from being a rookie – was that she didn't lose her singles match on the 18th hole. She never made it past 14, losing, 5 and 4, to former collegiate rival Leona Maguire. If not for the measure of that loss, it would have easily been an 'A' week for an impressive first-timer.

Why the grade? Altomare went 1-1 with Thompson and 0-1 with Yealimi Noh. She faced Carlota Ciganda in singles and prevailed, 2 and 1. The back-and-forth battle was in the Spaniard's favor as she was 2 up through 12 holes. But Altomare birdied Nos. 13, 14, 16 and 17 for the victory.

Why the grade? The 31-year-old Solheim Cup rookie went 1-1 with a partner, but was beaten soundly by Celine Boutier, 5 and 4, in singles.

Why the grade? The rookie lost in her Solheim Cup debut in Day 1 fourballs but teamed with Harigae to win the Sunday session. In singles, she stormed out to a 4-up lead through four holes against Mel Reid, before hanging on for a 1-up victory.

Why the grade? Just because you lose doesn't mean you warrant a failing grade. The U.S. lost by two points, with 16 of the 28 matches being determined on the 18th hole. As victorious captain Catriona Matthew said to her players, "You made me look good." Some will criticize Hurst's steadfastness with her pod-based lineups, but she had a plan and she stuck to it. When the players get it done, the captain looks good. When the players don't, it's a reflection on the captain as well. 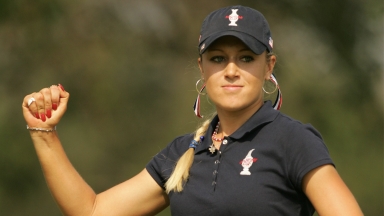 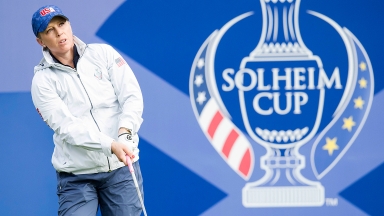