Ricky Castillo vs. Ludvig Aberg was main draw at U.S. Amateur, and it delivered 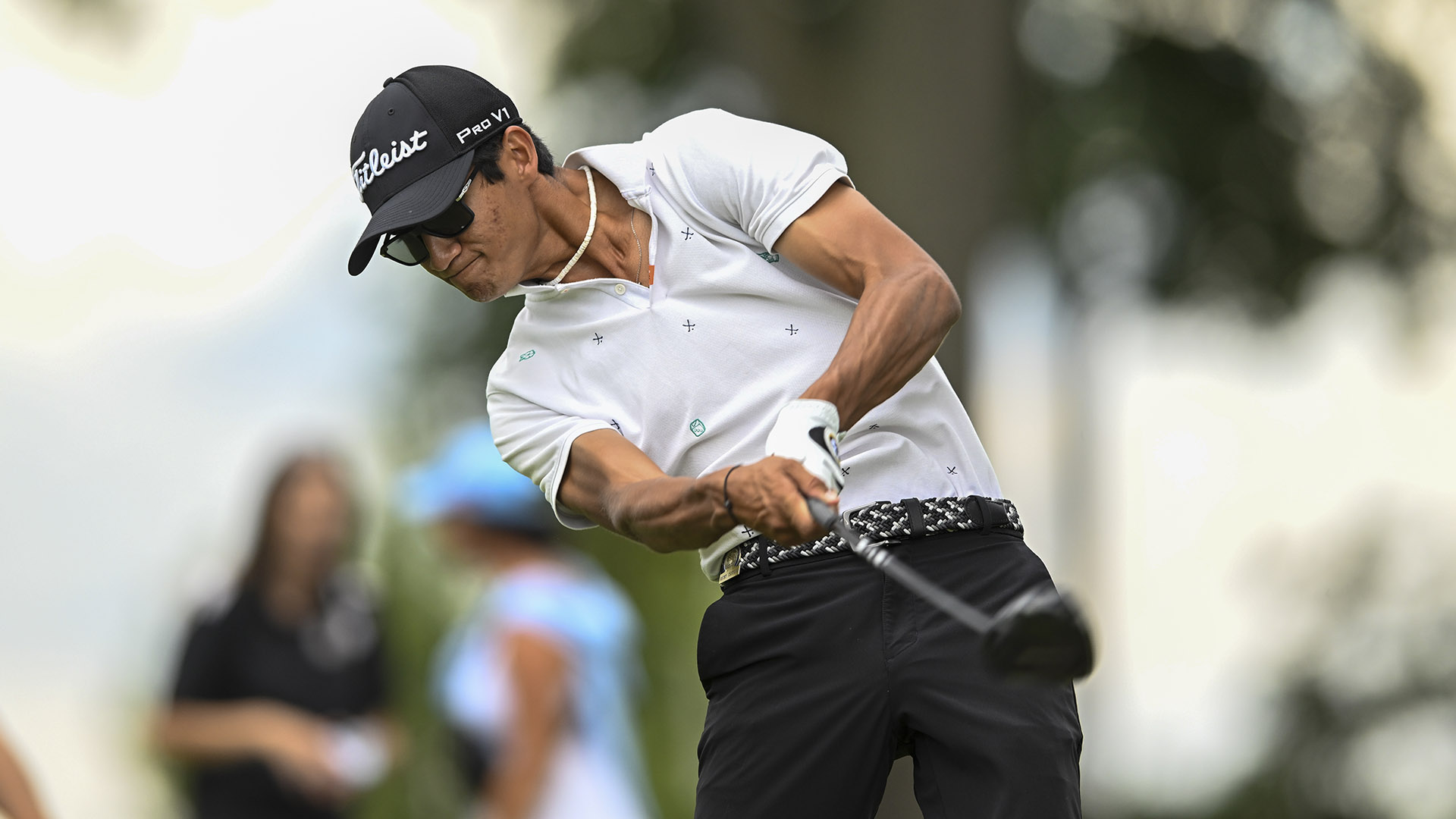 It was hard to argue.

Aberg stepped into the ring as the second-ranked player in the World Amateur Golf Ranking, tops in this week’s field at The Ridgewood Country Club. Castillo came out of his corner ranked No. 20 in the world, though he’s started to regain the form that once made him a Walker Cupper and top-ranked amateur.

Top billing, and the two players delivered with Castillo edging Aberg, 1 up, after a nervy final hole in which Castillo nearly hit one out of bounds and Aberg made a mess in the sand.

It wasn’t a birdie barrage by any means. If you take away the par-5s, the pair combined for just two birdies. But it wasn’t sloppy either, and neither player built more than a 1-up lead.

“Just a really close match all the way through,” said Castillo, who fell 1 down when Aberg canned a 30-footer for birdie after going rough-rough with his first two shots on the par-5 13th hole.

If Aberg struggled, it was off the tee. The usually dominant driver missed several fairways in crunch time, none more costly than at the par-4 14th hole, where he toed one into the left rough and drew a terrible lie. He went on to lose the hole with bogey and never led again.

“You just can’t give away holes to a player like Ricky,” said Aberg’s caddie and college coach, Greg Sands. “But he wasn’t himself. He didn’t drive it well and that’s normally the best part of his game. Day 1, practice rounds, he was hitting it good, but it let him down today.”

After losing No. 15 as Castillo drained a 10-foot birdie to retake the lead, Aberg hit another wayward drive and bogeyed the par-4 16th. Had it not been for a short par miss by Castillo, Aberg would’ve been 2 down.

Aberg won the par-5 17th as Castillo whiffed on an 8-footer for birdie, but on the final tee box, the driver would fail to cooperate, with Aberg missing right and needing to hit a low cut with his approach to hopefully have it run up onto the green. He didn’t execute, drawing a nasty lie in the front-left greenside bunker.

Castillo, meanwhile, didn’t exactly split the fairway at the par-4 finishing hole. Far from it; his yanked drive was, according to Castillo, less than an inch inbounds.

“That was pretty scary,” Castillo said. “I was kind of in jail and just wanted to give myself a chance where I could make par because I knew he was not in a great position off the tee. I knew it would have been tough for him to get on the green. I was just trying to get something back in the fairway where I could get something close and make par.”

Castillo muscled his layup to 74 yards and then wedged a 58-degree to about 5 feet.

“That’s one of the best wedge shots I’ve ever seen him hit,” Deacon said. “I’ve been watching him play golf for a long time, and that wedge shot on 18, under those circumstances, that was unbelievable.”

Aberg still had a chance, but it was short-lived as his bunker shot barely advanced, making it out of the sand but ending up in a gnarly lie in some overgrown rough. From an awkward stance, his next shot fell short of the green, too, and chipping for his fifth, he finally earned a conceded double bogey.

Match scoring from the U.S. Amateur

Castillo, needing to two-putt to win the hole, wasted no time, draining his par and eliminating the field’s top-ranked player.

“It's not the way you want to see it end,” Castillo said, “but it was a really well-fought match between both of us. We both played really well. It's a tough golf course, fast greens, thick rough. It was a fun match.”

After quickly shaking hands, Aberg, clearly disappointed, bee-lined it toward the clubhouse. Castillo walked off and was soon surrounded by reporters.

The 21-year-old from Yorba Linda, California, has now advanced to the Round of 32 in all four of his U.S. Amateur appearances. He made the Round of 16 in each of his past two, last year and in 2019. (He missed 2020 after withdrawing with illness prior to the first round at Bandon Dunes.)

But since last summer, Castillo has struggled to find consistency and maintain focus. He had a poor fall semester before rebounding with five top-10s in the spring. He took some time away from competitive golf this summer to reset.

“We won one match, that was the best player that we could possibly play in the whole tournament, and I think he can play better than he did today,” Deacon said, “so he’s gotta come out here tomorrow and hit the gas.”

Castillo’s second-round opponent on Thursday, at least on paper, will be much easier. But then again, this is match play and this is the U.S. Amateur, where underdogs win with frequency.

In a sense, every match is a main draw. 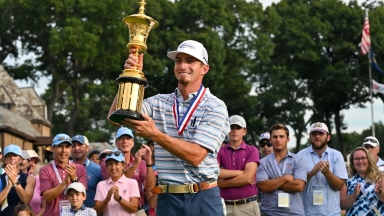 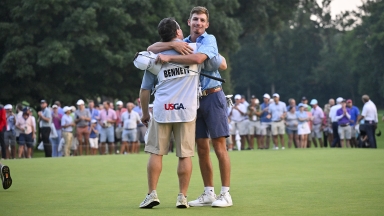 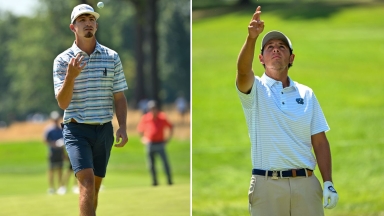