Rolex Rankings movement: Who in the women's game rose, fell in 2021 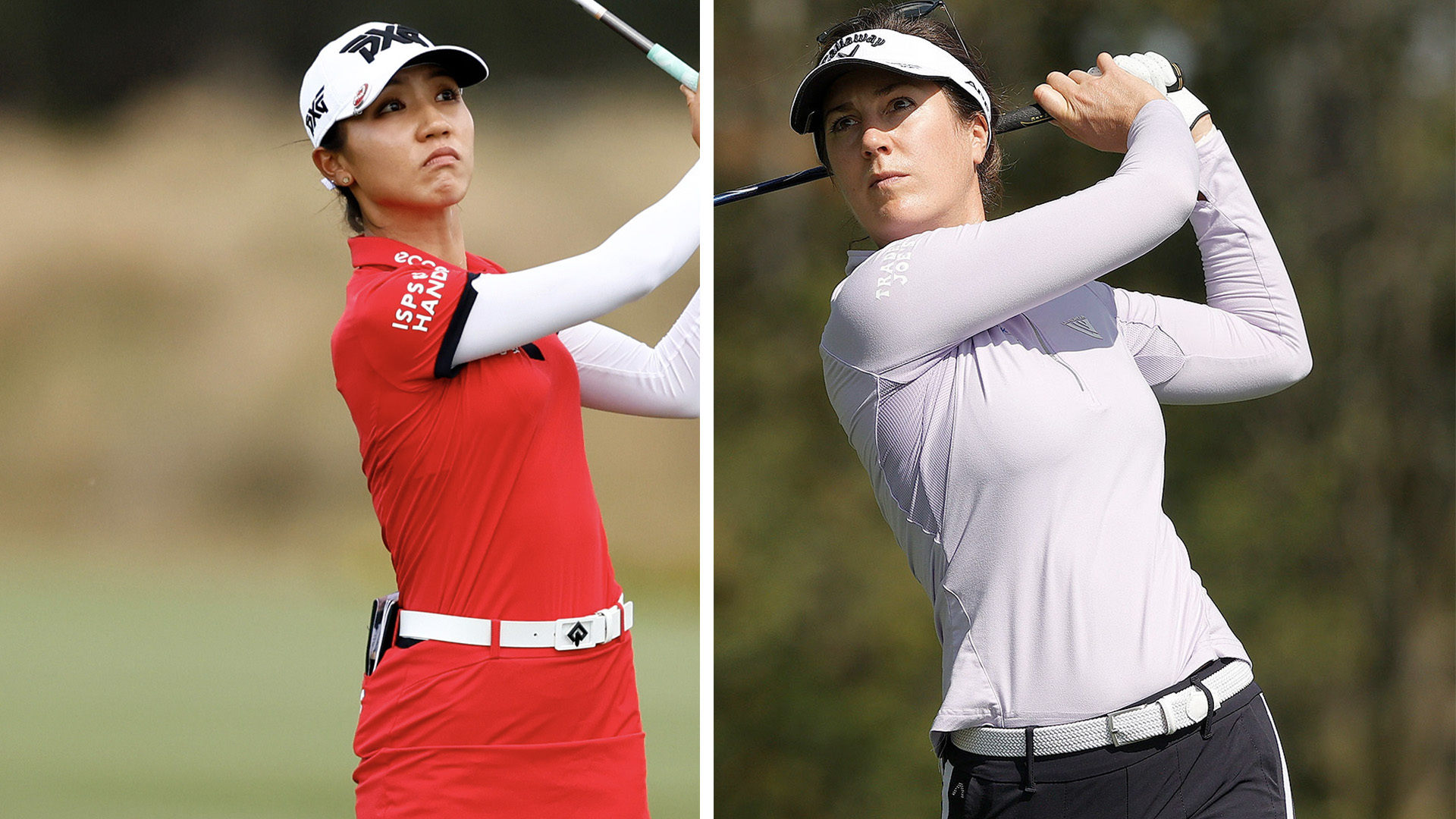 A year in professional golf can feel like an eternity. One can play their way from a no-name to a household name, while there's the flip side of the coin, where one can fade into the glory of yesteryear.

In 2021, youngins such as Yuka Saso, Patty Tavatanakit and Matilda Castren broke through to stardom while Anna Nordqvist and Lydia Ko fought their way back into the winner's circle after several years of mediocrity. On the other end of the spectrum, notable names such as Danielle Kang, Sandra Gal and Sung Hyun Park saw a rankings decline.

Here's a closer look at 20 noteworthy names in the women's game who either rose or fell in the Rolex Rankings this year, with a breakdown of every players' movement in the rankings from the end of 2020 to now.

Once a phenom at 14 years old when she captured her first professional win on the Ladies European Tour, the Thai continued her impressive trajectory this year, becoming the youngest winner of the Race to Costa del Sol, the LET’s Order of Merit. Next, she'll look to dazzle on the LPGA after finishing third at Q-Series and achieving a "dream come true."

"Trying to improve what I have to improve for next year, prepare for the next season on LPGA because you know it's going to a tough year for me," she said. "First-year rookie LPGA against all the players, the best players in the world."

The reigning LPGA Rookie of the Year made a name for herself this year by winning the ANA Inspiration to become the first rookie to win a major since Juli Inkster in 1984. But the 22-year-old didn't stop there as she was second on tour in top-10s en route to finishing third in Player of the Year points.

“Earning [Rookie of the Year] is a dream come true for me,” she said. “It’s once in a lifetime. I’m so thrilled that I get to add my name to a spectacular list of recipients that I have looked up to for many years. This season has been one to remember."

The former world No. 1 and 2015 Rookie and Player of the Year ended a 1,084-day winless drought at the Lotte Championship, one week after falling two shots short of Tavatanakit at the ANA Inspiration. The 24-year-old New Zealander also won bronze at the Olympics, a LET event, and was second on the LPGA in birdies and sub-par holes en route to securing her first Vare Trophy.

Before this year, the majority of the golf world didn't know about the Filipino-Japanese player. But that changed after she tied Inbee Park as the youngest U.S. Women’s Open winner at age 19. Saso, who models her swing after Rory McIlroy, recorded four more top-5s after her historic win at The Olympic Club. Now just 20 years old, the sky's the limit.

The former Duke star who captured two Annika Awards and four first-team All-America honors as a Blue Devil, had her rookie year extended because of the pandemic – and she took advantage, sparked by a change to graphite iron shafts. Despite 10 top-9 finishes and two runner-ups, the 27-year-old is still searching for her maiden win, however, she finished higher than any rookie in the CME points and was selected to the European Solheim Cup squad.

In her home country, the 20-year-old bested Lydia Ko in a playoff for the Olympic silver medal.

"I don't feel this is real, still kind of can't believe [the Olympics were] held in Japan and Japanese player win the medal," Inami said. "So for the future of the golf players, for the younger generations who wish to play the golf, I hope such a generation of younger golfers will come out."

Inami also had eight wins this year on the Japanese circuit, where she plays full-time, contributing to her world ranking projection.

After an illustrious collegiate career at Florida State, Castren struggled to find her footing in the professional game. But last year she finally notched LPGA status at Q-Series and in 2021 the 26-year-old became one of the year's best stories after winning the Mediheal Championship to become the first Finnish to win on tour. A month later, she won the LET's Gant Ladies Open in her home country, notching a bid for the Solheim Cup where she had the clinching putt for Europe's victory.

The 34-year-old Swede hadn't won since her second major (Evian Championship) in 2017 and had a mere seven top-10s since 2019 amid a three-year bout with mono. But after Nanna Madsen shanked a bunker shot on her 72nd hole of the AIG Women's Open at Carnoustie, Nordqvist converted a major-winning tap-in to claim her third leg of the career Grand Slam and a seventh Solheim Cup nod.

“There was times I doubted if I ever would win again,” Nordqvist said. “Sitting here now, winning the British Open is a dream, I couldn't really dream of anything more. It was definitely worth the wait, and definitely worth a lot of those struggles and being able to push through.”

The former Oklahoma State Cowboy who was the 2020-21 Big 12 Golfer of the Year lived up to her name with a stark (which means strong in Swedish) start to her professional career by posting consecutive top-20 finishes as an amateur in the past two U.S. Women's Opens and then winning two LET events this summer in her first five starts on the circuit.

The Stanford Cardinal who was the 2019 Pac-12 Women's Golfer of the Year and Annika Award finalist earned her status on tour at last year's Q-Series and had three top-20s, including a fifth-place showing at the LPGA Drive On Championship after she found herself in the group on Sunday.

After winning the U.S. Women's Open during her rookie year (2017) and then the Women's PGA Championship the following season, the 28-year-old continued her recent decline by failing to muster a top-10 finish for the second straight year. Park's best finish was a T-15 at the Cambia Portland Classic, which was her only top-20 of the year.

Despite notching two consecutive top-5s last October, it would be another 11 months before the Solheim Cupper had another one. The 31-year-old Spaniard placed T-5 at the Cambia Portland Classic and T-7 at the HSBC Women's World Championship, but didn't record another top-10 on the LPGA in 2021. She did, however, make 19 cuts in 22 LPGA starts and won in Spain on the Ladies European Tour.

Hinako Shibuno came out of nowhere and won the 2019 AIG Women’s Open in her major debut and then held the 54-hole U.S. Women’s Open lead in 2020 before finishing fourth. However, after declining LPGA membership following her major win – which she says she doesn't regret – the 23-year-old recently earned her card at LPGA Q-Series after COVID kept her on the Japanese circuit where she's won six times.

The 2014 Women's Open champ played only nine events between 2019 and '20 due to injuries, but returned in March and played 14 tournaments this year. Her best finish, however, was T-27 in her second-to-last start.

"My body feels great," Martin said ahead of her return at the Kia Classic in March. "I feel strong. There have been a lot of people who helped me emotionally, mentally, physically figure out what's going on and stay in the game and stay positive."

The German, 36, has played only a handful of times since her Lyme disease diagnosis two years ago, which dropped her over 550 spots since 2019. However, the two-time Solheim Cupper seems to be getting back on track after several Ladies European Tour starts this past summer – including a career-best 63 at the VIP Bank Swiss Ladies Open.

“It’s improving day by day,” Gal said about her health at the Founders Cup in October. “There's ups and downs all the time. Sometimes it is a struggle, but overall there are a lot of positives that I have experienced the last few weeks."

A year removed from winning the Vare Trophy and becoming the world No. 2, Kang, 29, had a mediocre year to her standards. A runner-up in her first 2021 start would be her best result and despite three top-5s during the summer, she didn't win for the first time since 2016.

"People ask, overall year, how the year has gone, right? So there are definitely moments in a day where I feel really excited or down or up or down," she said at the season finale, the CME Group Tour Championship.

"But it's – I think it's just the progress for me. I look at it as a positive and I'm just excited. People know that I don't really take an off-season, so I'm excited for that. I'm excited what I can do in the off-season."

The 24-year-old held the halfway lead at the LPGA Drive On Championship, but finished runner up and is still looking for her maiden LPGA win. She can hang her hat on five top-10s and a Solheim Cup appearance this year, but in '22, the 2018 NCAA individual champ will search for the same success she had at Wake Forrest or when she was T-2 at the '19 Evian Championship.

The 2019 Solheim Cupper missed 11 cuts and had one WD in 19 LPGA starts. Her only top-10 came at the Cambia Portland Classic, even though she led the LPGA in driving distance, averaging 290 yards per tee shot.

Another former Solheim Cupper (2011, 2013, 2015, 2019) saw a drop in 2021. The 2010 Rookie of the Year had a single top-20 in 22 starts this season. However, the '08 NCAA individual champ, who was once consistently a top 20 ranked player, continues to play through Hashimoto’s disease, a disorder in which the immune system attacks the thyroid, causing fatigue and hair loss. 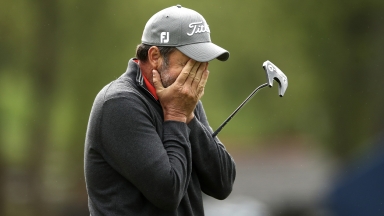 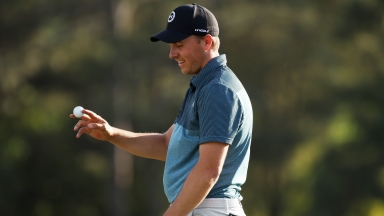 OWGR movement: Who rose, who fell in '21

From Jordan Spieth and Sam Burns to Tiger Woods and Webb Simpson, here is a look at the biggest OWGR movers. 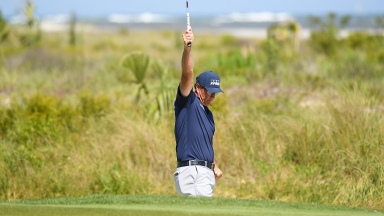 Ranking the top golf shots of '21, from Phil Mickelson's bunker hole-out at the PGA to Nelly's near-albatross at the Women's PGA.