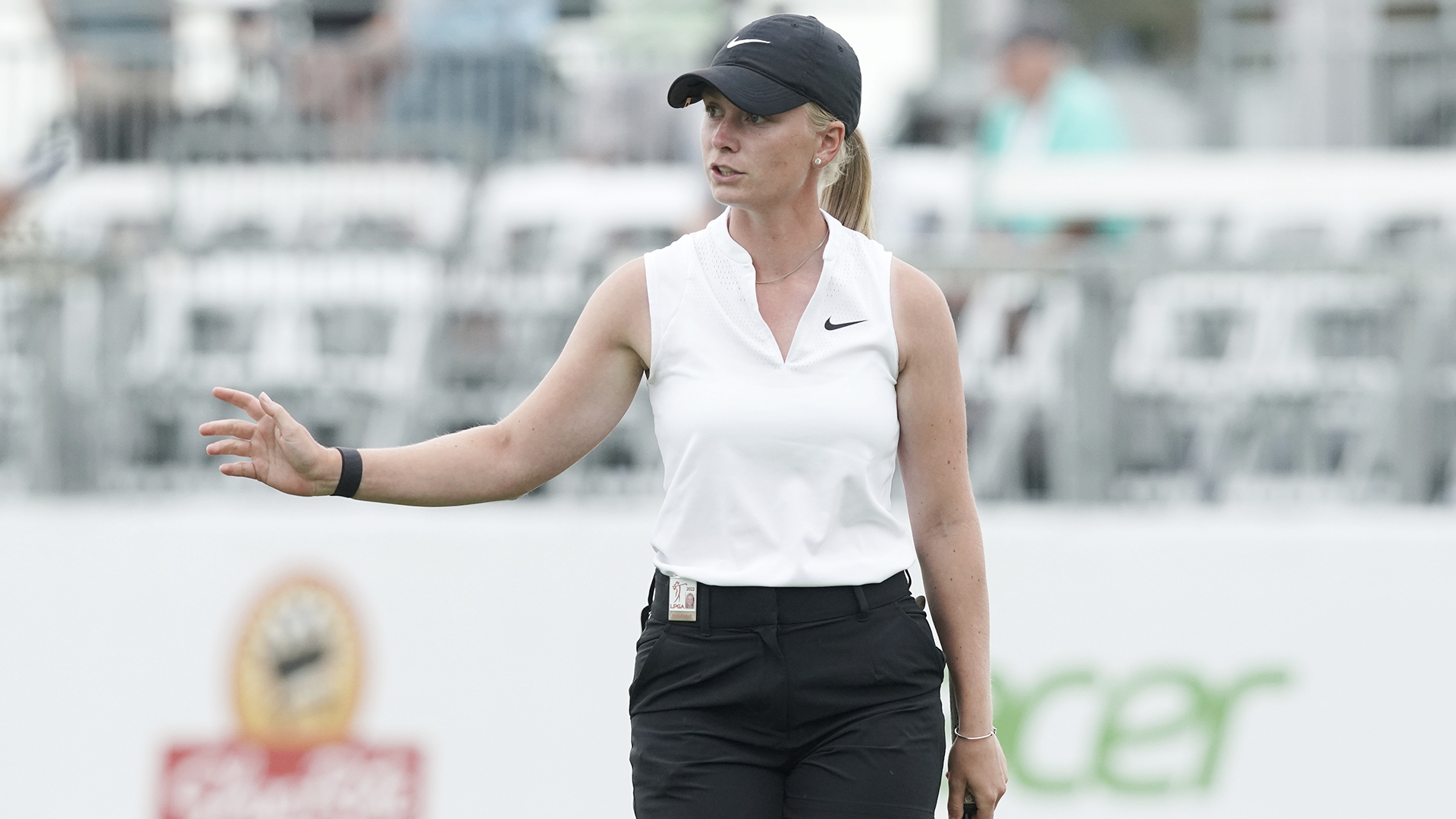 GALLOWAY TOWNSHIP, N.J. — Frida Kinhult birdied the par-5 18th for a 4-under 67 and the second-round lead Saturday in the ShopRite LPGA Classic.

Seeking her first tour victory, the 22-year-old Swede starred at Florida State and was the top-ranked amateur in the world in 2019.

“It felt pretty good out there,” Kinhult said. “The course has been a very scorable one this weekend and I have to keep it going. I know I can’t go out there (Sunday) and just make pars.”

Kinhult also birdied Nos. 8, 12 and 13 — all par 4s — in a bogey-free round in overcast and mostly calm conditions at Seaview Hotel and Golf Club. She had a 9-under 133 total.

Lauren Coughlin was a stroke back after a bogey-free 65.

“I just kind of felt like it was all starting to come together,” Coughlin said. “I felt (Friday) that I played really well and was close. (Saturday) it finally just all clicked and the putts starting going in.”

“Tomorrow, anything can happen,” Kinhult said. “I can’t go out and make pars. I’ll have to fight for my birdies tomorrow and try to get a low one to get a W.”

Jodi Ewart Shadoff and Morgane Metraux were 7 under, each shooting 67. Fourth-ranked Lydia Ko (65) was 6 under with Albane Valenzuela (66), Lindsey Weaver-Wright (68) and Nasa Hataoka (68).

Isi Gabsa had the best round of the week, following an opening 74 with a 64 to get to 4 under. Top-ranked Jin Young Ko also was 4 under after a 71.

Soon after finishing her round Saturday, Coughlin headed to Citizens Bank Park in Philadelphia to watch the Phillies play the Arizona Diamondbacks.

“I’m going to the game with my husband (former Virginia football player John Pond),” she said. “A couple of our really good friends live in Philly and they got us tickets, so we’re going to meet them for the game. My husband enjoyed baseball and I enjoy going and watching and seeing different stadiums and stuff.” 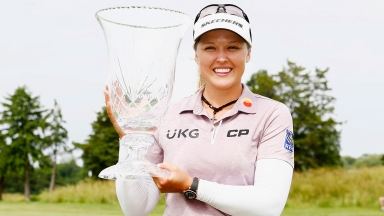 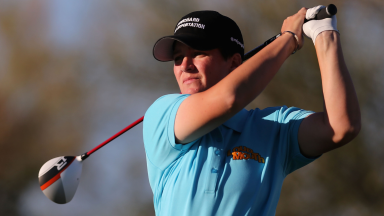 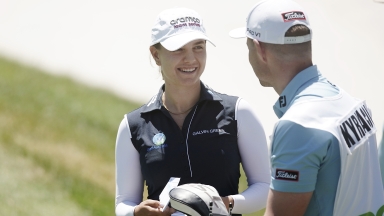