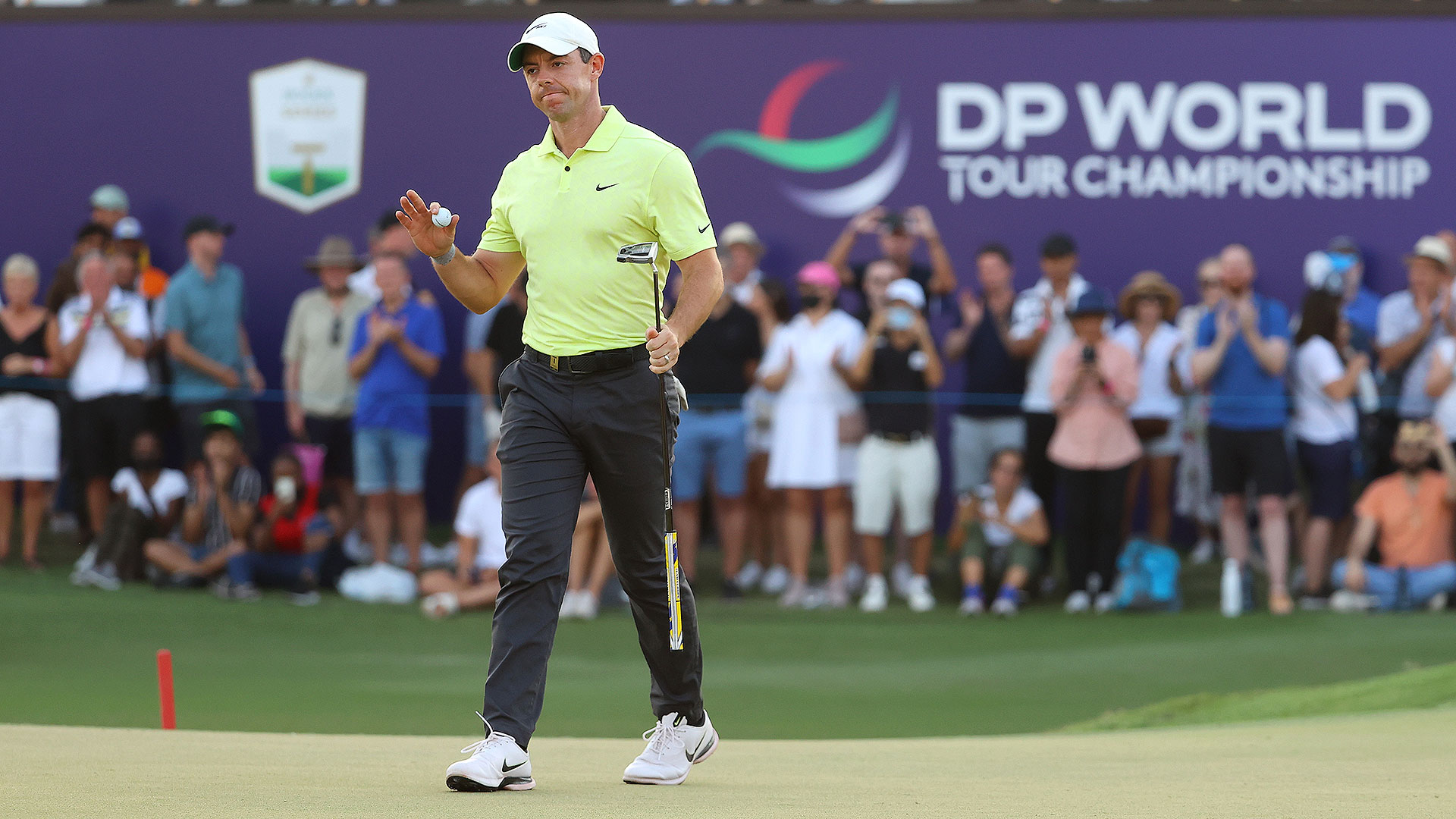 Rory McIlroy felt he got no luck at all.

The drama in the second round of the European Tour’s season-ending event was reserved for the final hour at Jumeirah Golf Estates on Friday – and the tournament’s two headline players were at the center of it.

Morikawa, looking to become the first American to win the Race to Dubai title, pushed his tee shot at the par-3 17th hole and shouted, “Get in the bunker.” The ball, instead, bounced on a downslope in the rough and headed toward water, only for it to hit a hazard post and stay dry.

An up-and-down for par followed by a final-hole birdie saw The Open champion shoot a second straight 4-under 68, leaving him three shots off the lead and in a strong position to finish the season as European No. 1.

“Those are the kind of breaks you need heading into the weekend,” Morikawa said.

McIlroy, the first-round leader after an opening 65, reached the 18th tee with a one-stroke advantage despite hitting only five of 13 fairways to that point. He drove left into a bunker and his third shot kicked left short of the green and dribbled into the water.

“That part of the fairway where the ball was, was just sort of thatchy and came up spinny into the wind,” McIlroy said.

“I hit a good golf shot and felt like I didn’t deserve to be in the water.”

McIlroy will play with Morikawa in the third round as he goes in search of back-to-back wins following victory at the CJ Cup on the PGA Tour last month.

Morikawa doesn’t need a win to have a successful week in Dubai. He came into the tournament ranked No. 1 in the Race to Dubai standings, narrowly ahead of compatriot Billy Horschel, who is only even par after rounds of 74 and 70.

Horschel needs to win or hope Morikawa finishes well down the 52-man field to jump into first place. Neither of those scenarios look likely.

Only four other players – Tyrrell Hatton, Min Woo Lee, Paul Casey and Matt Fitzpatrick – can overhaul Morikawa but they would also need a win on the Earth Course. Casey and Fitzpatrick are best placed to launch a weekend move, having shot rounds of 69 to be 5 under overall and five strokes off the lead.

Like McIlroy, Morikawa struggled off the tee and said he didn’t hit his irons well, a rare occurrence for a player many regard as the best iron player on the PGA Tour.

He birdied four of his first seven holes – starting by chipping in from just off the green at No. 1 – but was a picture of frustration after making five straight pars around the turn and then missing a 10-foot putt for par at No. 13 to drop four shots off the lead.

Two of his best shots of the day came in the final two holes, his pitch to nine feet from near the water at No. 17 helping him save par before his third shot at the par-5 last settled inside three feet. 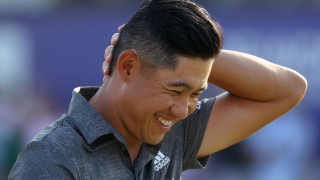 Hazard stake save keeps Morikawa 2 back

Collin Morikawa shot his second consecutive 68 on Friday at the DP World Tour Championship, thanks a little help.

“Wasn’t hitting (the same) quality of golf shots,” Morikawa said, comparing his second round to his first, “but was able to make some birdies and kind of minimize the bogeys.”

McIlroy retained his lead throughout his front nine, but found himself one back from Lowry, Catlin and Horsfield after missing a 6-foot par putt at No. 10.

He responded by chipping in from the fringe at the 11th hole and went back into the lead by rolling in a birdie putt from 16 feet at No. 16.

Everything went wrong down the last, though, after choosing to take driver – a club he struggled with all day.

“It wasn’t the greatest way to finish and I was just sort of holding it together most of the day,” he said. “It would have been nice to finish off a bit better but still right in the golf tournament.”

Lowry had a bogey-free round that really caught fire in the back nine with three birdies and a chip-in eagle in a five-hole span from No. 11.

The 2019 British Open champion will go out in the last group with Catlin, the 129th-ranked American.

“It’s two more days left and then the end of a long year and a half,” Lowry said.

“I’m looking forward to giving everything and leaving it on the course this weekend.”

Rory McIlroy made birdie on his final hole Friday to make the cut on the number at the Abu Dhabi HSBC Championship. 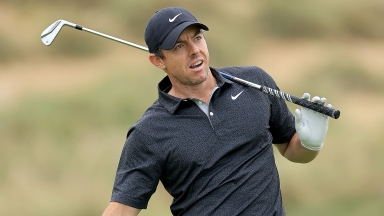 Rory McIlroy may have to contend with fierce winds as he tries to avoid beginning the year with a missed cut.