This Ryder Cup isn’t over, but it mightn’t be long before it is 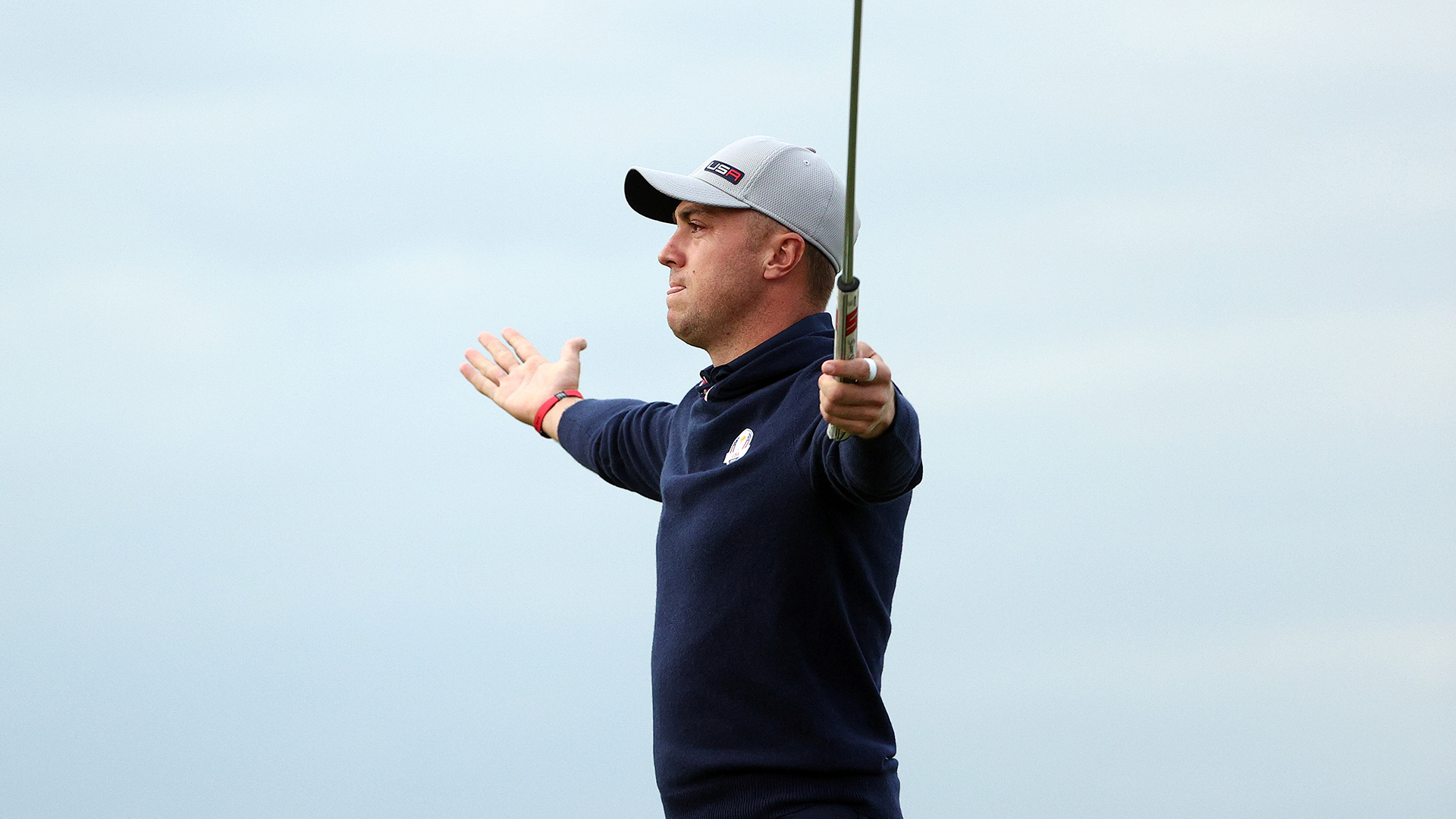 SHEBOYGAN, Wis. – They must have been waiting for this.

Despite a three-year buildup in this golf-mad state, there hadn’t been much juice in the early stages of the 43rdRyder Cup. The scene around the first tee was flat. The morning session was reserved. Only four matches were on the course, but certain pockets of Whistling Straits were downright quiet. The Americans had jumped out to a sizable Day 1 lead, and yet something was missing: earlier alcohol sales, or maybe an antagonistic European presence, or perhaps a more user-friendly layout.

But just as the afternoon light was fading and the enthusiasm waned, Justin Thomas delivered the jolt the home team desperately needed. The Americans’ undisputed new leader, their heart and soul, rolled in a 17-foot eagle putt on the 16th hole and popped the roof off this place.

Quiet during a morning foursomes loss, Thomas morphed into full Gladiator mode, turning to the jam-packed pavilion with his arms stretched wide.

He cupped his hand to his ear, begging for more noise.

Thomas’ highlight-reel eagle punctuated a back-nine rally that earned the Americans a final half-point and pushed them into a 6-2 lead – their largest Day 1 advantage since 1977.

“It’s a great start; we’re very happy with the start,” U.S. captain Steve Stricker said afterward. “But the message to the guys is tomorrow is a new day. Let’s go out tomorrow and try to win the first session again in the morning and pretend today never happened.” 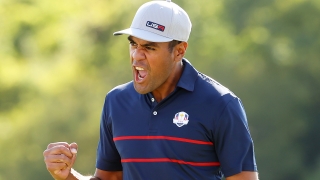 The U.S. built on its 3-1 foursomes advantage on a windy Friday afternoon at Whistling Straits, winning fourballs by the same score.

As is usual in these biennial clashes, Stricker had the more potent team on paper, but this time they actually showed why. The record-tying six rookies went a combined 6-0-2 on Day 1 and put European captain Padraig Harrington in such a bind that he benched a slumping Rory McIlroy in an effort to salvage this cup. The six-time Ryder Cupper got smoked in both the morning (5 and 3) and afternoon (4 and 3) and now will sit out a session for the first time in his illustrious career.

“We’ve got 20 points to play for, and we have to prepare ourselves for – hopefully – a long battle all the way through,” Harrington said. “If we’re gonna get this done, it’s gonna be a tight one.”

Harrington has little option but to keep riding Jon Rahm, who will once again team with Sergio Garcia, Europe’s all-time points leader. Harrington was relying heavily on his old warhorses to retain the cup, but veterans Lee Westwood, Paul Casey and Ian Poulter combined to go 0-4 on the first day.

Of course, just hours earlier, it was Stricker who was getting second-guessed, at least initially, after he decided to break up two of his most formidable duos (Xander Schauffele-Patrick Cantlay and Thomas-Jordan Spieth). The U.S. captain said that he’d informed his team on Monday of his Day 1 plan, and nothing – not a red-hot pairing, not an early sweep – was going to compel him to switch up his pairings. His inflexibility didn’t backfire, as the Americans notched a 3-1 mark in both formats and now have the hard-earned knowledge that their roster can go 12-deep.

Indeed, what they have is a team that is hungry, deep and talented, a group that is prepared to run it back Saturday morning with the same foursomes lineup that had so much success in the opener.

This Ryder Cup isn’t over, but it mightn’t be long before it is.