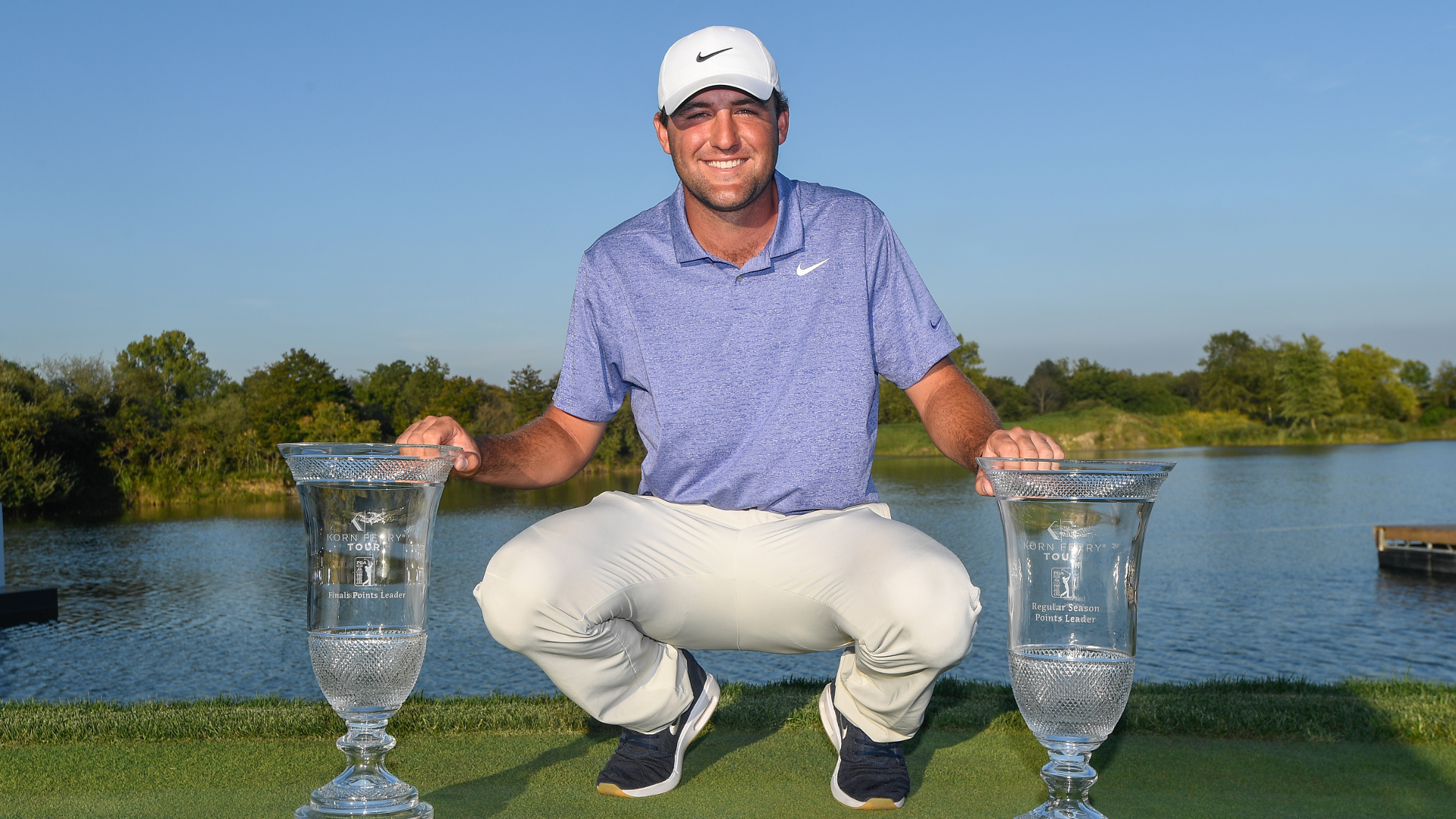 After a season that included two wins and netted him fully-exempt status on the PGA Tour, Scottie Scheffler has been named Korn Ferry Tour Player of the Year for 2019.

A former standout at the University of Texas, Scheffler breezed through his first season on the developmental circuit by amassing 12 top-10 finishes, including a victory at the Evans Scholars Invitational. He also added a victory at the Nationwide Children's Hospital Championship, the first of three Finals events, which helped him top the season-long points standings and earn fully-exempt status this season on the PGA Tour and a spot in The Players.

Scheffler, 23, was also named the circuit's Rookie of the Year and earned Player of the Year honors in a player vote over Kristoffer Ventura, Xinjun Zhang and Robby Shelton.

"On behalf of the PGA Tour, I would like to congratulate Scottie Scheffler for earning these awards through a vote of his peers," said PGA Tour commissioner Jay Monahan. "His 2019 Korn Ferry Tour season was among the best in tour history, and we've already seen his talent translate into early success on the Tour this fall."

The announcement was made Tuesday at the Houston Open, where Scheffler is among the 144-man field. He has made the cut in each of his first three starts this season, highlighted by a T-7 finish last month at The Greenbrier where he shared the 36-hole lead.