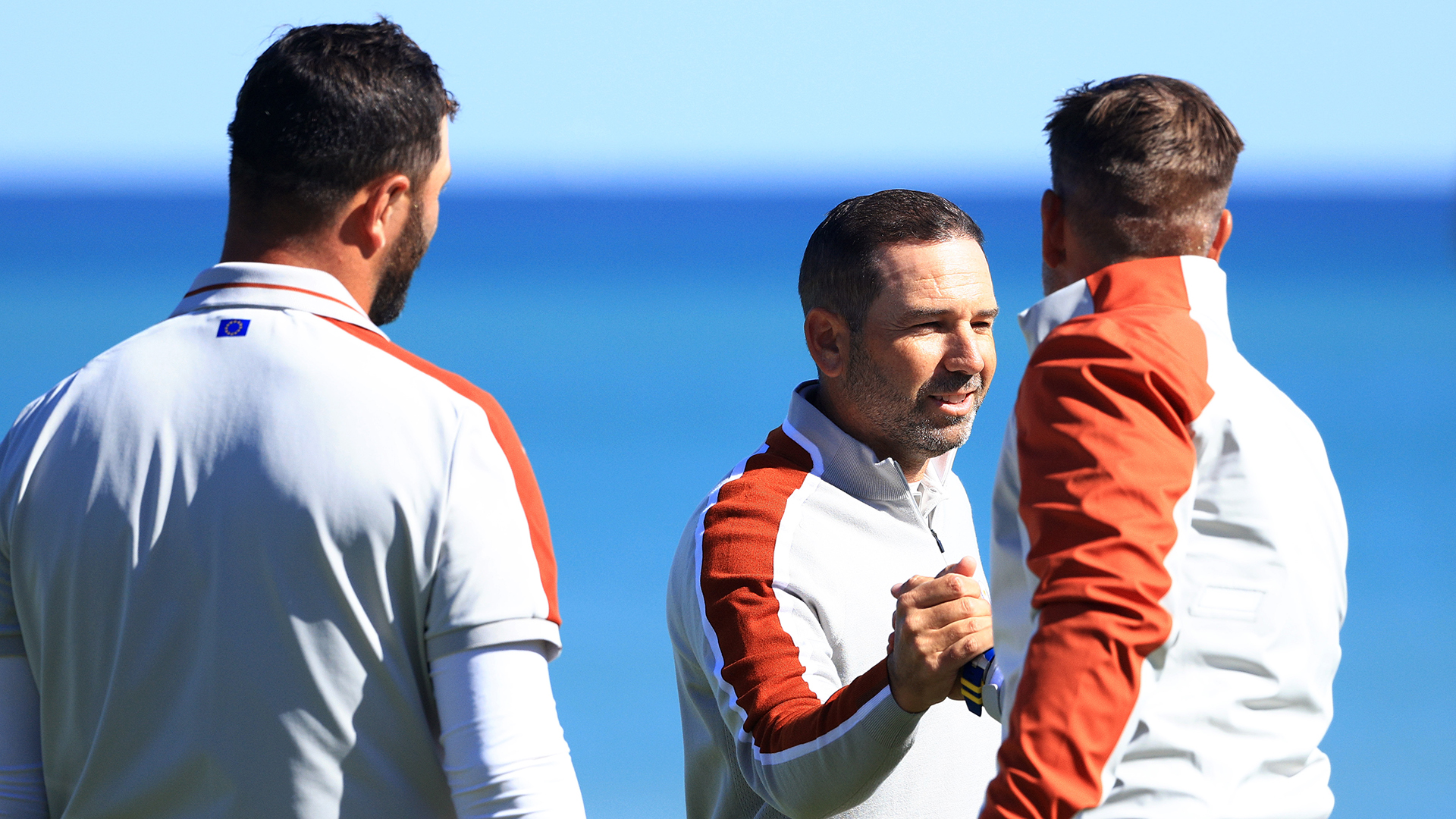 SHEBOYGAN, Wis. – It was the very definition of a hollow victory.

With his 3-and-1 victory paired with Jon Rahm over Brooks Koepka and Daniel Berger, Sergio Garcia became the all-time leader in matches won at the Ryder Cup.

The Spaniard secured his 24th career match victory, passing Nick Faldo (23 match wins) with the victory, which was highlighted by a conceded eagle at the 16th hole after Garcia hit his second shot to 5 feet.

But with the European team trailing 9-3, it was clear that Garcia had no interest in celebrating the accomplishment.

“It's great but it's not. We need more wins and unfortunately we are not getting them at the moment,” said Garcia, who in 2018 passed Faldo as the all-time points earner at the Ryder Cup. “Jon and I, we did what we had to and what we could, and unfortunately it just looks like the American guys are just playing a little bit better than us, and it's a shame.”

The Spaniards were 3 down after three holes, but they rallied to tie the match when Garcia chipped in for birdie at the ninth hole. The duo took its first lead, going 1 up with a birdie at No. 12, and never surrendered it. Rahm is now 2-0-1 this week while Garcia moved to 2-0.

Garcia was poised to add to his record total in the afternoon fourball session alongside Rahm. The duo will play Koepka and Jordan Spieth.