Smiling all the way, Hinako Shibuno looks to add another major title to resume 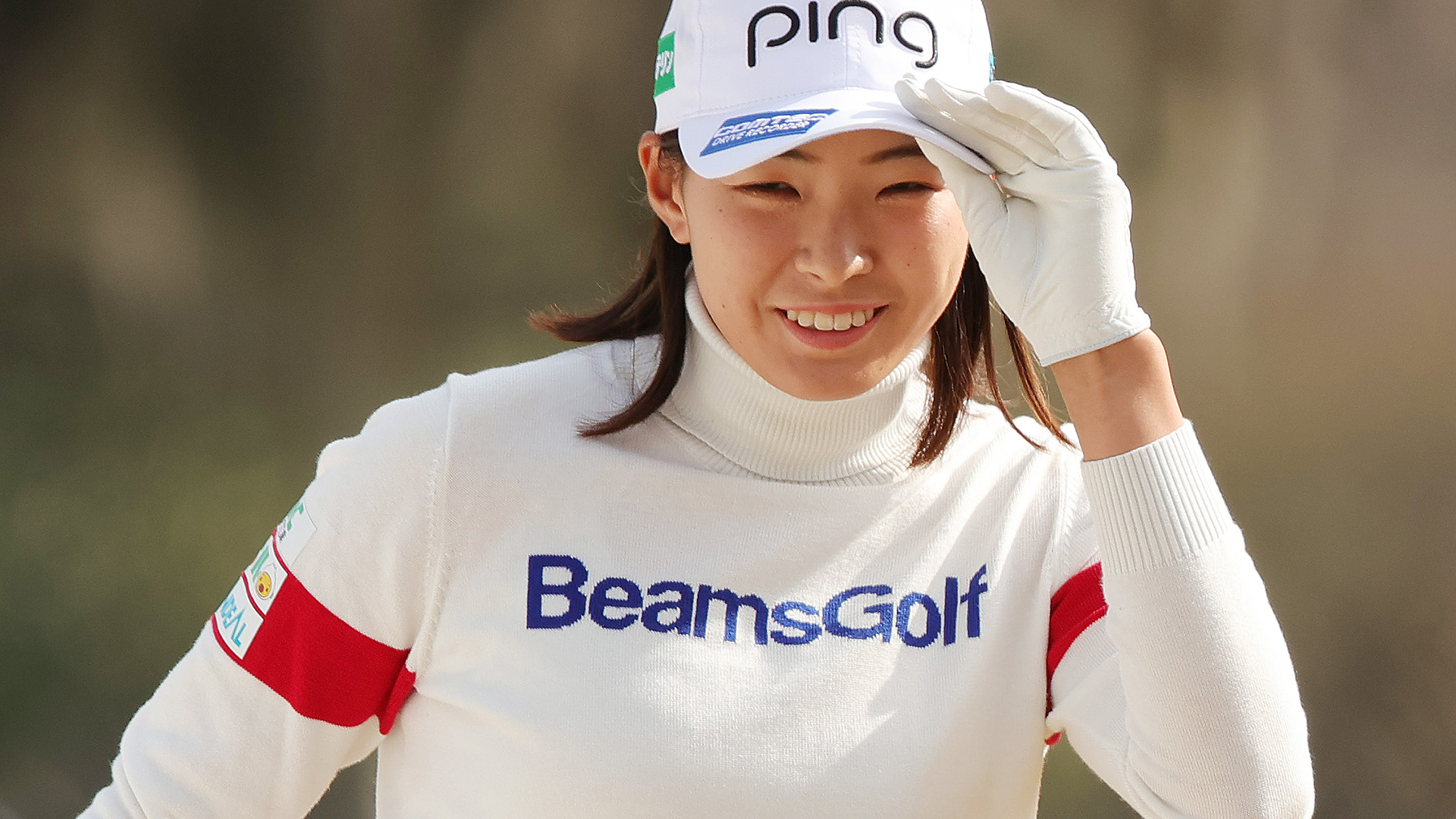 Saturday, Hinako Shibuno, nicknamed “Smiling Cinderella,” wrote a chapter towards what could be another fairytale finish at the U.S. Women’s Open. Shibuno, who earned her nickname for the effervescent smile that is always on her face, carded a 3-over 74 on a tough day at in Houston, Texas to hold on to a one-stroke lead.

Shibuno is one of 41 first-timers in the field at Champions Golf Club, but unlike her fellow rookies this isn’t the first time Shibuno finds herself at the top of a leaderboard in a major debut. She enjoyed a breakout win in 2019 at the AIG Women’s Open in her maiden major championship start, her first trip outside her home country of Japan. Sunday, Shibuno will try to become just the fifth player to win in her U.S. Women’s Open debut.

“I myself was very nervous,” Shibuno said through a translator on Saturday. “I made mistake at the very beginning and because I'm not doing well today my premise wasn't good today, so all the holes seem to be very difficult for me.”

Turning to the back nine at the Cypress Creek Course was like running into a buzz saw. Mud balls were plentiful as they played the ball down on Saturday. The top 5 on the leaderboard gave up 15 strokes on the back nine and even Shibuno, who built a three-shot cushion after 36-holes, dropped two shots over the closing stretch.

Only two players were under par on Moving Day, first-timers Ji Yeong Kim2 and Hae Ran Ryu. There were 19 players under par at the start of the day, but only four remain. First-round leader Amy Olson is one of them. She was one of the few players to make up ground over the closing stretch, making two birdies to climb to solo second place at 3 under par and Shibuno’s closest competitor. Moriya Jutanugarn and Kim2 are at 1 under par.

“Because everything is softer and to hit long irons into these greens and a lot of pin positions you can't really be aggressive and you just have to be patient out there,” Jutanugarn said. “Getting up and down around this golf course is not easy.”

Wet conditions are forecast for Sunday’s final round. The USGA announced that tee times will be moved up to try and avoid the inclement weather. The first groups will tee off at 8:45 a.m. ET. 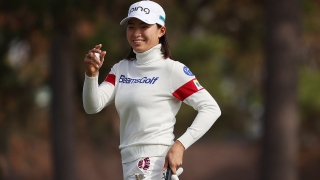 For the second time this week, tee times are being moved up in order to avoid inclement weather at the U.S. Women's Open.

“At one point I laughed, and it was like, is it going to be in a divot or a mud ball, because it was one or the other pretty much all day,” Olson said after a third-round 71. “I'm really hoping that we either do lift, clean and place or it's so wet tomorrow that the water just pulls the mud off, I don't know.”

Smiling Cinderella was in the final group when she won the Women’s Open. By winning as a non-LPGA Tour member, Shibuno received an invitation to take up membership on tour, but she declined. She had never been to the United States, she didn’t speak English and wasn’t ready to leave the Japan LPGA where she regularly plays. However, should she win her second major title on Sunday, Shibuno intends to take up that offer this time around. If she doesn’t win, she will try and qualify for the Tour via Q-Series.

“By all means, yes” Shibuno said with a laugh when asked about joining the Tour.

In 2020, smiles have been few and far between as the world has fought the ongoing coronavirus. A grin is one of the smallest ways people can connect, but masks have shielded the sharing of that joy. Shibuno’s smile has come to mean much more in a year like 2020, as she brings a bit of levity to a trying time.

What a way to end the year. Maybe with a victory, but definitely a smile.

From the fans, to the prize money, to those working the grounds, it was a huge week for women's golf. 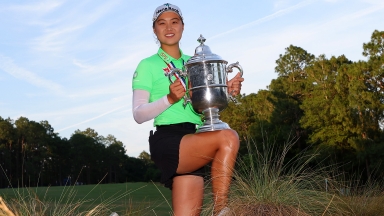 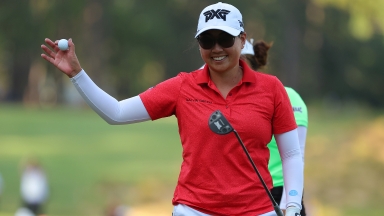