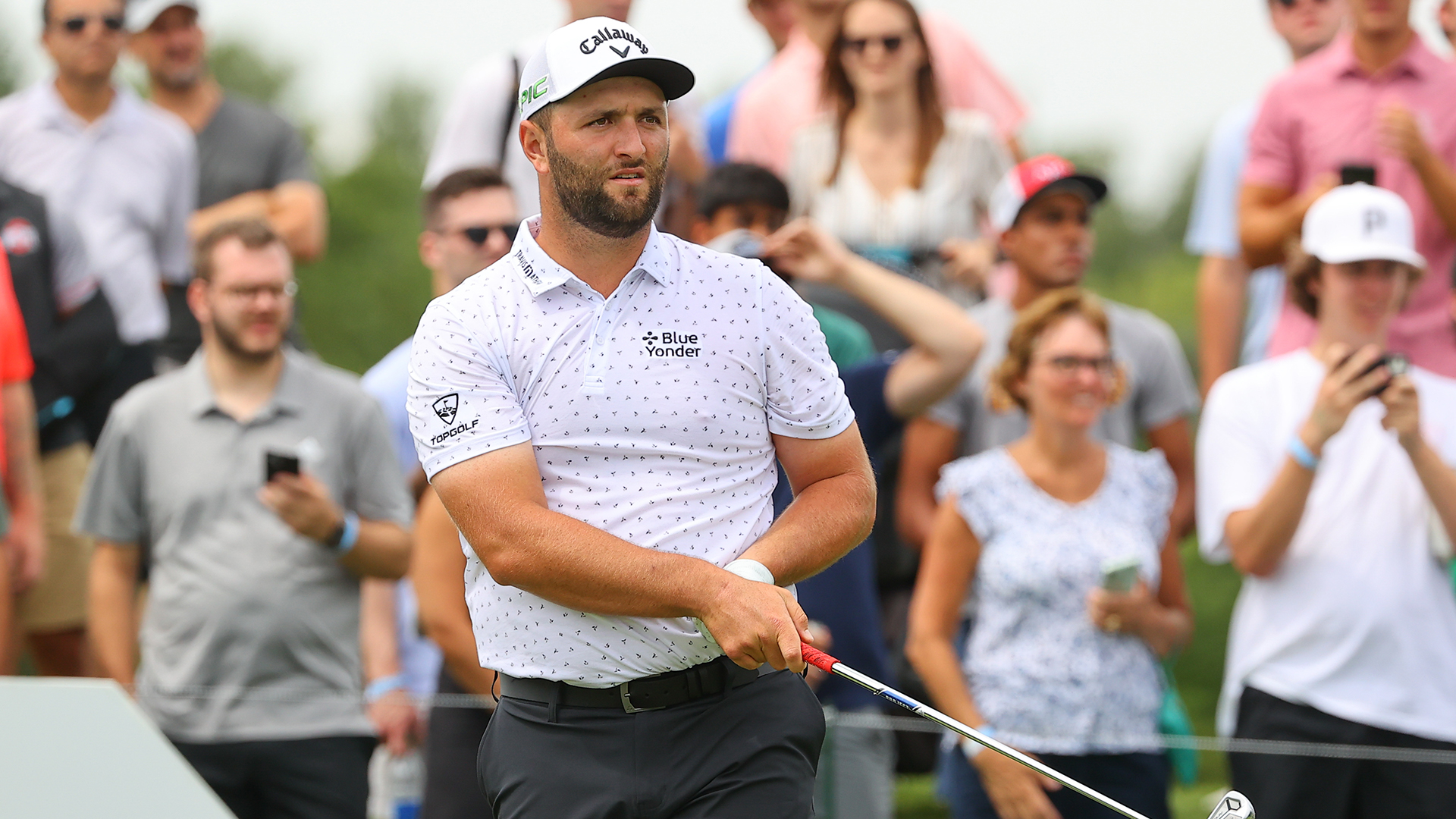 JERSEY CITY, N.J. — Jon Rahm and Cameron Smith were tied for the lead Saturday in The Northern Trust, and neither could have imagined how they got there.

Smith had never shot better than 62 — twice this year on the PGA Tour, once at his home club in Brisbane, Australia — when he stood over a 12-foot putt on the 18th hole at Liberty National for a chance at the 13th sub-60 round on the PGA Tour.

He missed and had to settle for the course record at 11-under 60, and figured that would at least keep him in range of the world's No. 1 player.

“Jon is playing some pretty good at the minute, so we’ve got to try to catch up,” Smith said.

Thanks to Rahm, he did.

The U.S. Open champion ran off four birdies in a six-hole stretch around the turn to regain the lead and had good scoring chances ahead of him. But he twice hit into the water on the second- and third-easiest holes, dropped a combined three shots and had to rally for a 67.

They were at 16-under 197 and now get a day off because of Hurricane Henri. The PGA Tour looked at the path, and there was enough rain and dangerous wind on the edges of the storm that they decided to close Liberty National on Sunday. The final round will be Monday.

With even a possibility of more rain and no more golf, Rahm wanted the 54-hole lead. At worst, he was determined not to fall behind.

“I didn't want to leave it up to chance,” he said.

Rahm didn't find too much wrong with his game. He thought his 4-iron into the par-5 13th was flush and started walking forward, waiting for the ball to hit the green. He noticed his caddie wasn't moving.

“It was a little higher than I expected it and seems like the wind might have picked up a little bit,” Rahm said. “It looked like about this short from covering, so it’s one of those things that happen in golf.”

He took a penalty drop, pulled his next shot into thick grass on a bank and made double bogey.

Rahm was just to the left of the reachable par-4 16th in what he thought was a soft lie. The idea was to give himself a chance at birdie and make par at worst. But it came out hot, rolled across the green and into the water and led to bogey.

Rahm and Smith were one shot ahead of Erik van Rooyen of South Africa, who made 10 birdies for a 62, one of four rounds at 62 or lower.

Justin Thomas (67) and Tony Finau (68) were three shots behind. Shane Lowry and Corey Conners each shot 62 and remained in the mix.

The average score in the third round was 68.3

Smith teed off some three hours before the leaders and opened with five birdies in six holes, one of several good starts. The Australian, however, kept it going. He picked up his eighth birdie on the 13th, came within a foot of a hole-in-one on the 14th and started thinking 59.

Smith narrowly missed an eagle putt on the 16th, hit a wedge stiff on the 17th to reach 11 under for the round and was one birdie away from the 13th sub-60 round on the PGA Tour. His approach to the 18th settled 12 feet to the right of the flag.

Rahm had a superb par save beyond the 14th green, hit it close for a short birdie on the 15th to regain a share of the lead. And after his bogey on the 16th, he responded with another birdie on the 17th hole.

And now, a day of rest across. That's not the worst scenario for Smith, knowing it's tough to return the day after a record score and try to match it. It's not the worst for those staying across the Hudson River in Manhattan.

“There's worst cities to be stuck in,” Lowry said. “I'm sure I'll find something to do.”

Besides, Rahm said speaks from experience on having limited activity with nowhere to go.

“If COVID quarantine has taught us anything, it’s what to do the whole day cooped up in a room,” he said.

Thomas was among several players making a move that got stopped in their tracks. He started the back nine with three birdies in four holes, only to go long of the par-3 14th into a hazard and made double bogey. Even so, he's very much in the mix.

Harold Varner III made his blunder at the worst time. A poor drive on the 18th was followed by a blocked approach over the wall and into the hazard. He made triple bogey, had to settle for a 68 and went form one shot off the lead to a tie for ninth, four shots behind.

Varner is still in good shape to be among the top 70 in the FedEx Cup who advance to next week. More pressure is on Tom Hoge (No. 108) and Keith Mitchell (No. 101), who have to finish somewhere around the top 10 to keep their seasons going.

Hoge shot 67 and was tied for sixth with Lowry and Viktor Hovland (65), three shots behind. Mitchell took triple bogey with a bad drive on the 10th. He was tied for 11th, five behind. 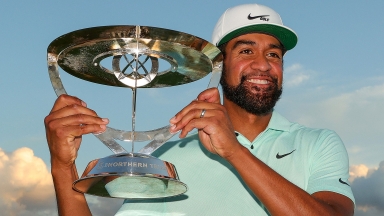 Close call after close call, Finau proves he can close

Tony Finau has struggled to win throughout his PGA Tour career, but he closed a big one on Monday at The Northern Trust. 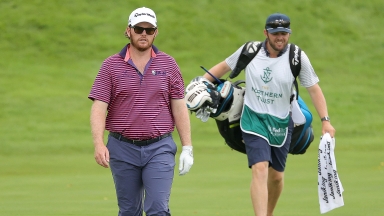 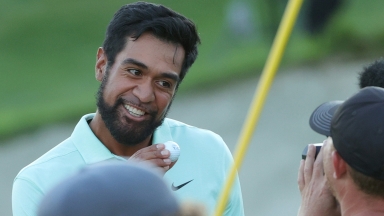 Purse and FedExCup points breakdown for The Northern Trust winner Tony Finau and the rest of the players who made the cut.