The stakes are high for BMW field, from No. 1 Dustin Johnson to No. 70 Louis Oosthuizen 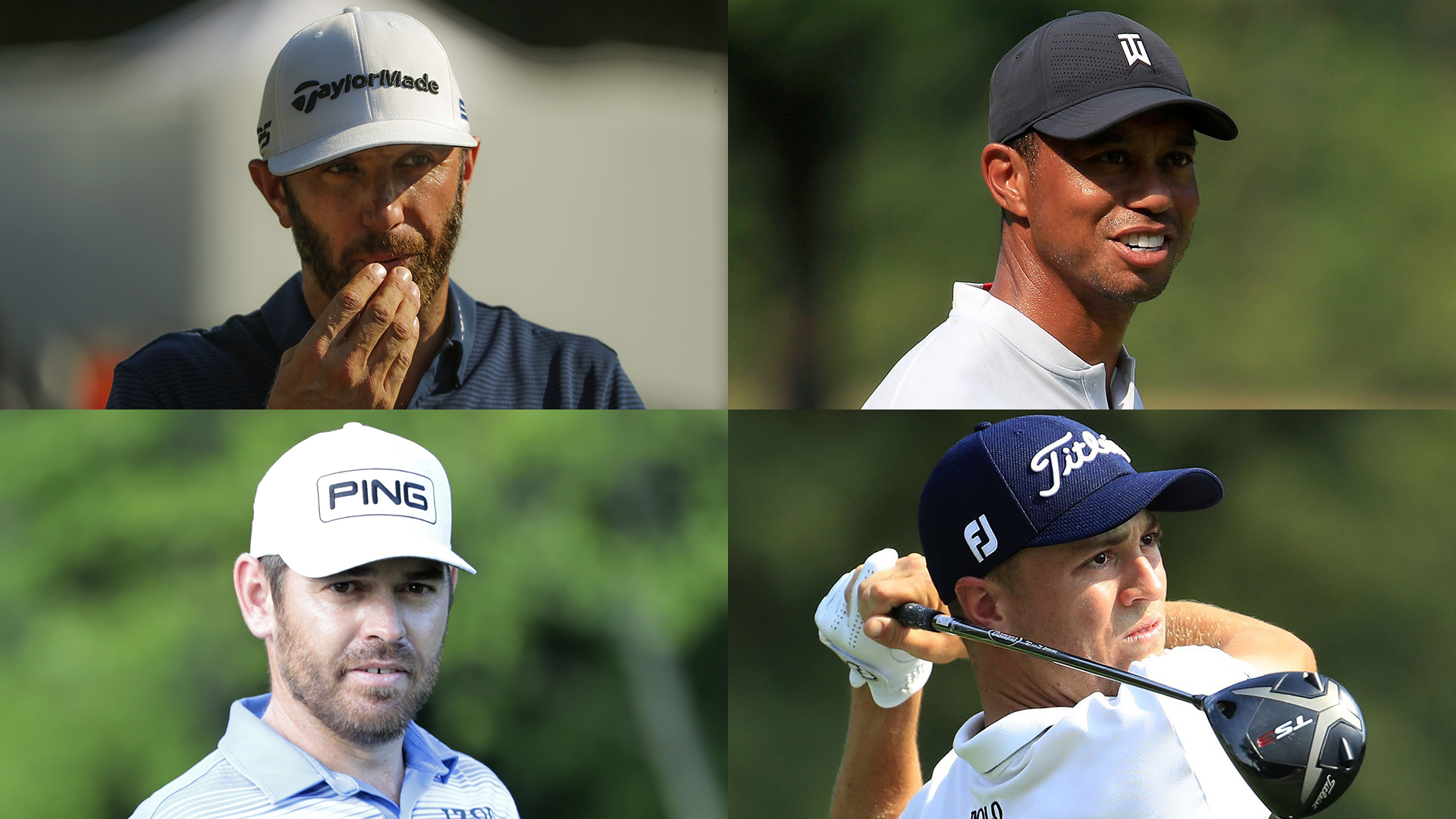 OLYMPIA FIELDS, Ill. – The BMW Championship has always been a soft landing spot for the fortunate few that make it this far. A spot in the season’s penultimate event means that you’ve had a strong campaign, and the reward is four rounds of no-cut play with a lucrative prize pool now within reach.

But the 69 players teeing it up this week at Olympia Fields Country Club embody two separate mindsets, and while it’s not quite a battle of the Haves and Have Nots, the difference in approach is still noticeable.

It doesn’t take a math whiz to realize that for more than half of the field, the goal is simply to make it to East Lake. Only 30 will advance to next week’s Tour Championship, enjoying the spoils that come with reaching the finish line of a marathon season. And the perks in Atlanta are many: spots in the Masters, U.S. Open and Open Championship, not to mention a trip to Kapalua next year in an eligibility tweak stemming from the COVID-19 pandemic. For relatively unheralded guys such as Tyler Duncan (No. 32), Mark Hubbard (No. 34) and Joel Dahmen (No. 40), the difference between a good performance this week and an average one could be massive.

But further down the list there are some more recognizable names, each of whom will need to pull a rabbit out of the hat in the 11th hour to extend their season. Tiger Woods fell to No. 57 after a middling performance at TPC Boston, and his back is now up against the wall: finish sixth or better this week outside Chicago, or pack your bags and start U.S. Open prep a week early.

“I have to play well. I have to earn my way to East Lake,” Woods said. “I haven’t done so yet, and need a big week this week in order to advance. If I don’t, then I go home. This is a big week for me.”

It’s a similar situation for another former world No. 1. Jason Day missed the Tour Championship last year for the first time since 2012, and a late-season surge put him back in the mix for a return. But a missed cut last week at TPC Boston proved costly, as Day dropped from 45th to 50th in points. While a top-6 finish would leave him mathematically alive for Atlanta, Day joins Woods in a group that, according to Tour projections, “likely” needs to finish fourth or better this week to advance.

“I feel like this is a week where everything has to align correctly for me. I’m not one of the guys that’s secured inside the top 30, so my mindset is obviously a little different,” Day said. “I don’t want to take off next week. I really want to get to the Tour Champs to give myself a chance or an opportunity at winning the FedExCup.”

At the top of the food chain, the consistency is evident. Dustin Johnson’s 11-shot romp at The Northern Trust was his second win since the break to go along with a runner-up finish at the PGA Championship. Justin Thomas is just behind him in second thanks in large part to a pair of wins and a flurry of other top-10 finishes. For both men, and others starting the week inside the top 10, the question of advancing the East Lake has already been answered. Now the task is jockeying for coveted starting strokes, with the No. 1 seed starting next week at 10 under and with a tangible advantage over his closest competition.

It’s a position that Thomas savored last year, vaulting to No. 1 with his win at the BMW when it was held across town at Medinah. While he admitted the pressure of holding the top spot in the Tour’s re-formatted finale affected his play at East Lake, where he dropped to a T-9 finish, he is eager for a shot at redemption and looking to once again start ahead of the chase pack in Atlanta.

“If I take care of what I can take care of, so be it. Whatever DJ does is out of my control. I can’t control what he or [Daniel] Berger or whoever else is on the list as well, I can’t control what they do,” Thomas said. “The only thing that I can do something about is my own golf game and how I perform. That’s all I’m trying to do is just put myself in the position to where I have a chance to win on that back nine on Sunday. And if it puts me in first, great. If it puts me in fourth or fifth, so be it.”

For guys like Thomas and Johnson, a good week at Olympia Fields can cement the top seed at the season finale. But a bad week has minimal downside – see Webb Simpson as Exhibit A, with the No. 3-ranked player in the points race pulling out to rest for East Lake. That decision will likely only cost him a couple of shots in terms of starting position, and players like Thomas who are going to accrue at least some points this week likely won’t fall any further.

But the stakes are much higher for those on the outside looking in, as for the second straight week a group that includes some decorated veterans head to the first tee with their season on the line. Inevitably, a handful will pull off a big week at the exact right time. Now it’s just a matter of who will grab one of the final golden tickets to East Lake.

“This is kind of a do-or-die moment for me in this season,” Day said. “I’ve just got to really bear down here and play good. That’s really all that matters.”