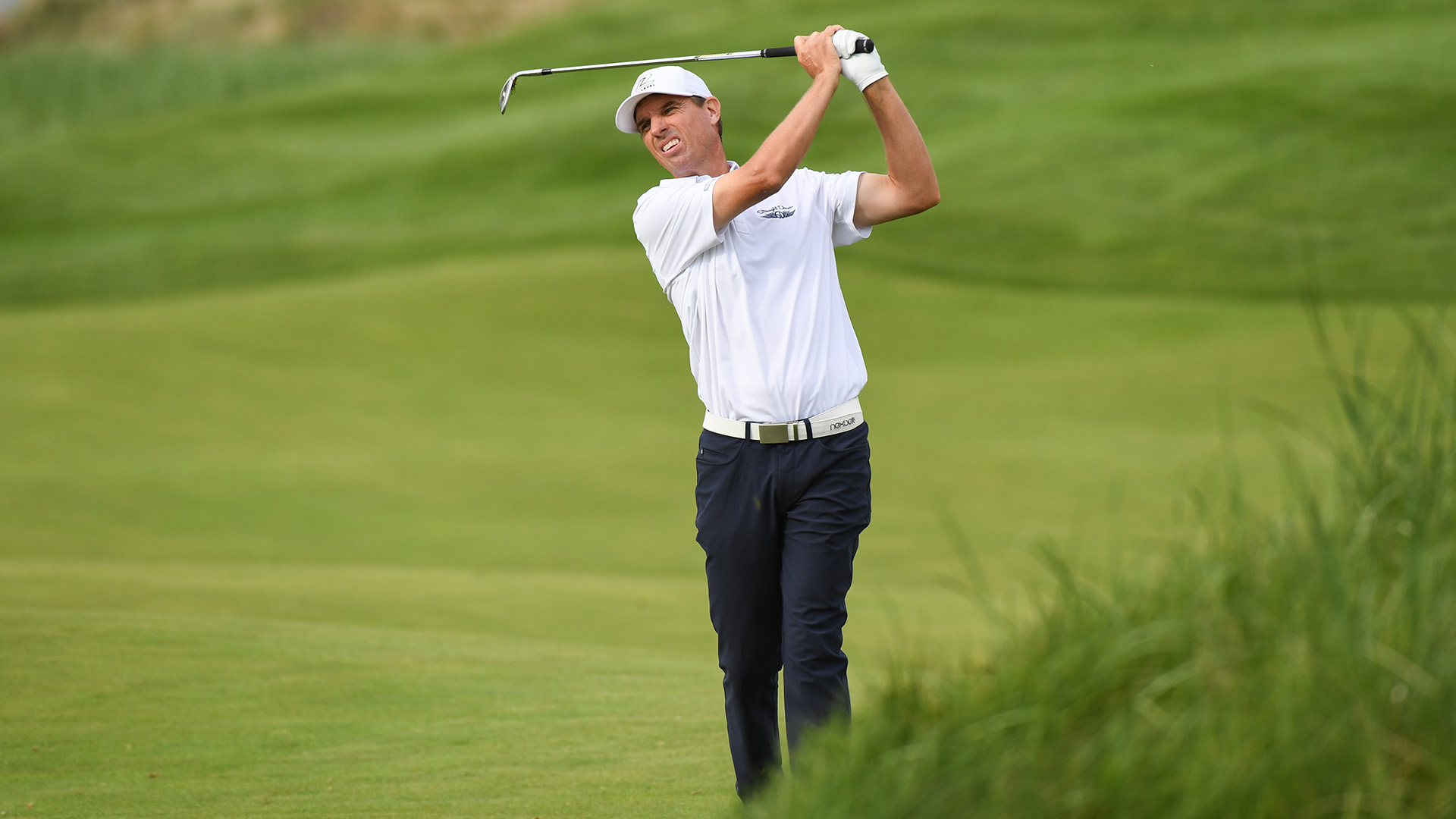 BENTON HARBOR, Mich. — On a day when birdies were flying around Harbor Shores in the first round of the Senior PGA Championship, Steven Alker began soaring with an eagle.

The 50-year-old New Zealander, who already has won twice and leads the PGA Tour Champions money list with almost $1.2 million, started his round with a 25-foot downhill eagle putt on the 539-yard, par-5 10th hole after a 240-yard approach with a 5-wood. He then finished his afternoon round with his sixth birdie of the day to shoot a 7-under 64, which was tied late in the day by 56-year-old Bob Estes.

Alker and Estes were a stroke ahead of Paul Claxton, a club professional from Georgia, and 52-year-old Canadian left-hander Mike Weir, the 2003 Masters champion after the first round at the Jack Nicklaus-design course on Lake Michigan, the site of four previous Senior PGAs since 2012.

“I’m playing with nice freedom right now,” said Alker, who didn’t seem fazed at all playing in the afternoon with World Golf Hall of Fame members Ernie Els and Bernhard Langer, who had sub-par rounds of 67 and 68. “Little jitters on the first tee, but I’m making birdies and being aggressive which today we could be because the greens were a bit softer and the course had softened up. It was kind of up there for the taking.”

Estes took his share, recording seven birdies without a bogey, five of them after his turn on Harbor Shores’ front nine. He birdied Nos. 1, 3, 5, 6 and 9 on his march to the clubhouse.

“I love a clean card,” said Estes, whose only top-10 finish this season was a solo fourth at the Rapiscan Systems Classic, which Alker won April 3. “I made some good saves on both sides.”

Like the previous four Senior PGA Championships played at Harbor Shores, this season’s second major for the 50-and-older crowd is shaping into a low scoring affair. A total of 56 golfers in the 156-player field shot rounds of one-under 70 or better on a cloudy day with temperatures in the 70s after an overnight rain softened the course. More rain and cooler temperatures are expected for Friday’s round.

The 54-year-old Claxton, one of 39 club professionals in the field from Richmond Hill, Georgia, started with birdies on his first three holes and added two more for a front-nine 32 and then added two more birdies on the back nine.

“I had a great front nine,” said Claxton, who once played on the Nationwide Tour with Alker. “I hit a lot of good shots and kept the ball in play, and I had a chip-in (at No. 7). A lot of good things happened early.”

Weir, who has made just $131,543 this season, got some encouragement from a closing 67 at the season’s first senior major, the Regions Tradition, where he finished 40th. The good vibes continued Thursday as Weir started with a birdie on the par-5 10th and added three more birdies on the back nine and then offset two bogeys with four birdies on the front.

“I started to find something there (at the Tradition) with my short game, particularly putting and I carried that forward today,” Weir said.

Duffy Waldorf and Robert Karlsson had 66s in the afternoon and there were 10 players at 67, led by Spain’s Miguel Angel Jimenez, No. 2 to Alker on the money list, Els and DiMarco, who was playing at Harbor Shores for the first time but does well in golf tournaments in southwest Michigan. He won the 1988 Western Amateur as a 19-year-old Florida Gator at nearby Point O’Woods Golf & Country Club in Millburg.

“It’s hard to remember back that far … obviously I have some great memories from there,” said DiMarco whose round featured six birdies, including five in a six-hole stretch beginning at the sixth hole. “I like good undulating greens that have a lot of imagination to them.”

Defending Senior PGA champion Alex Cejka, who won last year’s title at Southern Hills Country Club in Tulsa, Oklahoma, but missed the cut in last week’s PGA Championship at the course, was in a group of 13 at 68. That group included the 64-year-old Langer, who has won 11 senior majors.

“You’ve got to drive it well,” Cejka said. “That’s what I did today. My goal is just to find a lot of fairways. If I do, I can attack the pins. It all depends on the weather the next couple days. If we have weather like this — the last couple of (times) it was here — it was low scoring.” 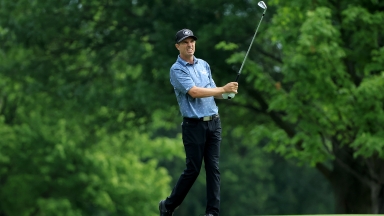 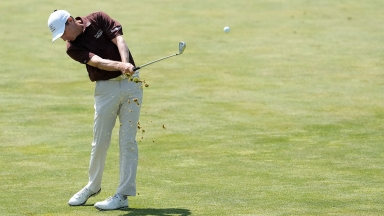 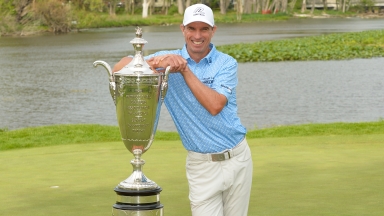