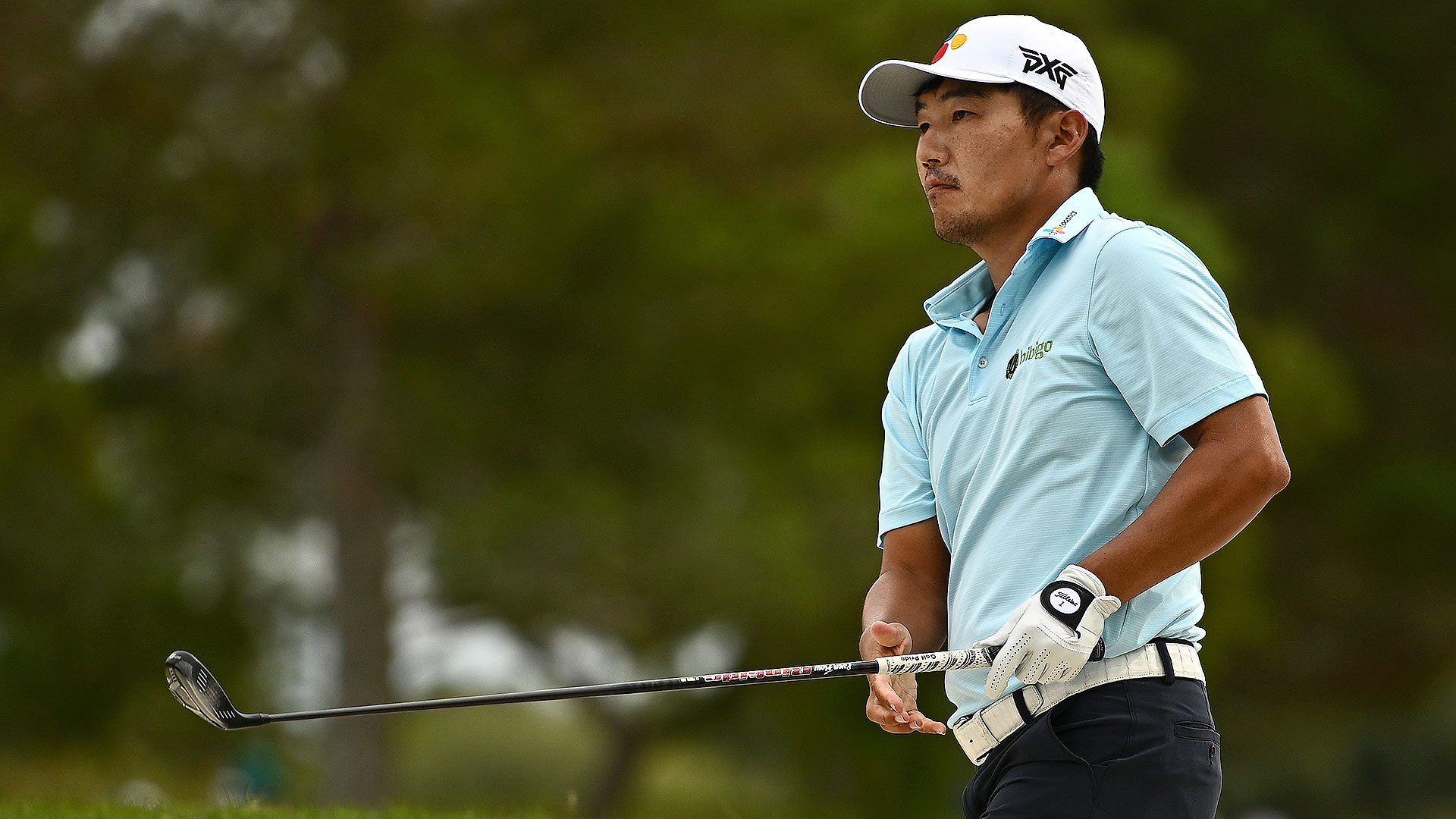 LAS VEGAS – Sung Kang found the missing piece to his game and put everything together Thursday in the Shriners Children’s Open for a 10-under 61 that gave him a two-shot lead after the first round.

Kang already had nine birdies against one bogey when he hit 7-wood from a fairway bunker to 18 feet on the par-5 closing hole at TPC Summerlin and made the eagle putt.

“Last few weeks I wasn’t driving it very good, but my iron play was pretty sharp and my putting was pretty good,” Kang said. “So I was just thinking if I can get my driver somewhere in play I could actually score better.”

Sungae Im made five straight birdies on the back and, along with an 8-foot eagle putt on No. 9 at the turn, shot a 63. He was joined by Charley Hoffman and Chad Ramey, who birdied all but two holes on the back nine.

Matthew Wolff, who lost in a three-many playoff last year at the TPC Summerlin, was among those at 64.

Sam Burns, coming off a victory last week in Mississippi, was poised to move closer to the lead until his tee shot on the par-3 17th hole found the water. He made double bogey – this after four straight birdies – and had to settle for a 66.

Las Vegas marked the return of six more Ryder Cup players on both teams, and the Europeans seemed to fare well. Viktor Hovland had a 67, with Paul Casey at 68 and Ian Poulter at 69.

Brooks Koepka also shot a 68, while Harris English was at even-par 71 and Scottie Scheffler opened with a 74.

Rickie Fowler failed to reach the FedEx Cup postseason last year. With his wife expecting their first child, he began the new season in Las Vegas and had to rally with three birdies over his last six holes to salvage a 72.

Kang missed only two greens, one of them a par putt from 15 feet on the eighth hole, and his lone bogey was a three-putt from 20 feet on the par-4 third.

The par on his penultimate hole is what he savored because of the momentum he saved, especially with how he finished. He hit a slight draw with his 7-wood out of the sand, and then Matt Kuchar was on the same line with a chip, allowing Kang to see the would would snap off to the left. He knew the eagle putt was good before it reached the hole.

“When the putt is 6 feet short of the hole it was just outside the right edge and I knew it was going to go,” he said.

The low scoring was not a surprise – it took 7 under to make the cut last year – especially in such calm, warm conditions.

“You get no wind, you can start attacking this golf course,” said Hoffman, who played golf at UNLV and lived in town until recently moving back home to San Diego. “It starts blowing 15 to 20 (mph), it’s a different animal.” 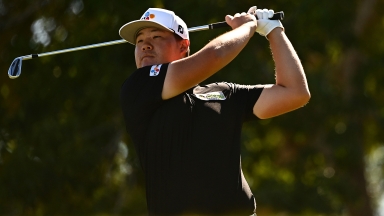 Purse and FedExCup point breakdowns for Shriners Children's Open winner Sungjae Im and the rest of the players who made the cut. 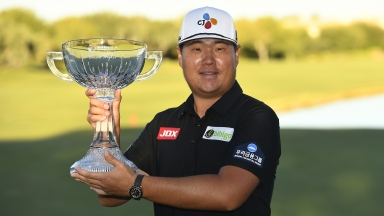 Im flirts with 59, runs away with Shriners win

Sungjae Im put his foot on the gas, flirted with 59 and easily won the Shriners Children’s Open on Sunday at TPC Summerlin. 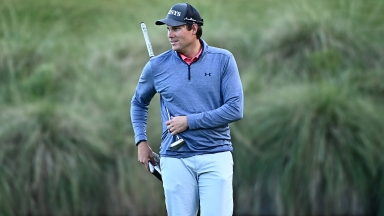 Schenk leads Wolff by a shot at Shriners Open

Adam Schenk birdied three of his last four holes, shot 5-under 66 and took a one-shot lead over Matthew Wolff on Saturday at the Shriners Children's Open.