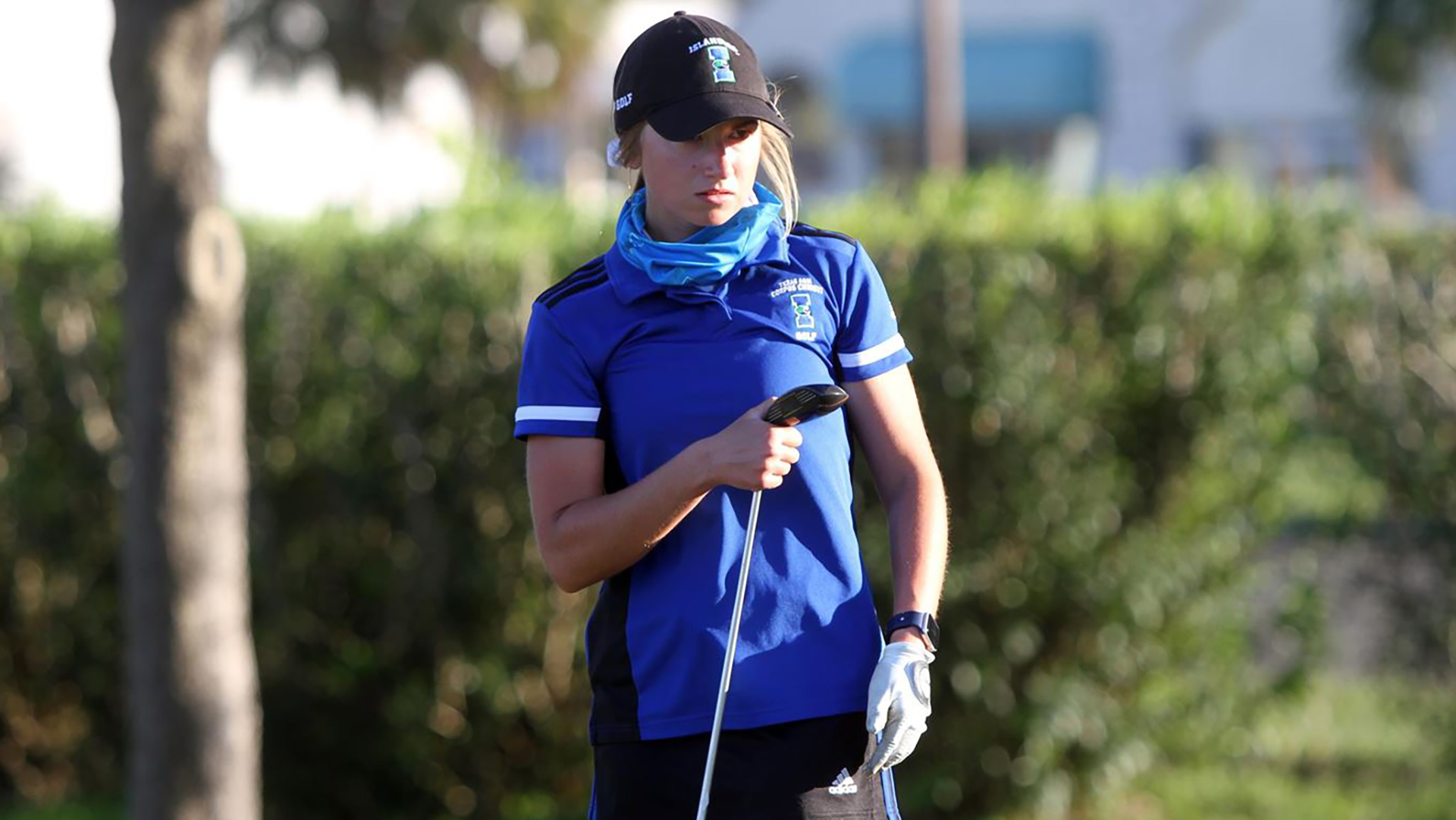 The Islanders and the rest of the women’s competitors moved from the Valley Course to the Stadium Course for the championship’s second round, and Texas A&M Corpus Christi fired the round of the day by 17 shots. At 40 over, the Islanders lead Delaware State by 24 shots entering Wednesday’s final round on the Valley.

“Overall, I was pleased with our team score today,” Islanders head coach Joni Stephens said. “We were able to increase our lead going into the final day, and that is exciting. However, we left a lot of strokes out there. The Stadium is a little more challenging than Valley; pairing that with the added internal pressure of wanting to play well on such a prestigious course, we had occasional difficulty staying in the moment of each shot. But we did stay patient and kept fighting to get the ball in the hole.”

Freshman Reese Drezins paced the field Tuesday with a 4-over 76. She started on the back nine and birdied each of her first two holes while shooting 1-under 35 on the first nine. She had two birdies and just one par on the front nine.

Drezins and teammates Lucie Charbonnier and Kelli Dugan are tied for third at 11 over, eight back of leader Baipor Khunsri of Delaware State.

“Going into tomorrow's round, we have to use better course management on the par 5s and keep the big holes to a minimum,” Stephens said. “Our goal is to continue playing with patience, be confident in our decision-making, commit 100 percent to our shots and most importantly, enjoy the experience. We are so appreciative to be competing in this very special tournament on such an amazing golf course.”

In the Division I men’s competition at the PGA Works, formerly known as the National Minority College Championship, Howard held onto its lead at 36 over, though three other teams are within eight shots – Prairie View A&M (39 over), Florida A&M (42 over) and Alabama State (42 over). Howard’s Gregory Odom Jr., a day after shooting 1-under 71 on the Stadium Course, fired a 75 on Valley but maintains his advantage, now just one shot over North Carolina Central’s Daniel Barbare.

Miles College leads first-round leader Livingstone by three shots in the Division II men’s division while the individual competitions are led by UAB’s Khavish Varadan and Appalachian State’s Timothius Tamardi on the men’s side and UNCW’s Phu Khine on the women’s side.