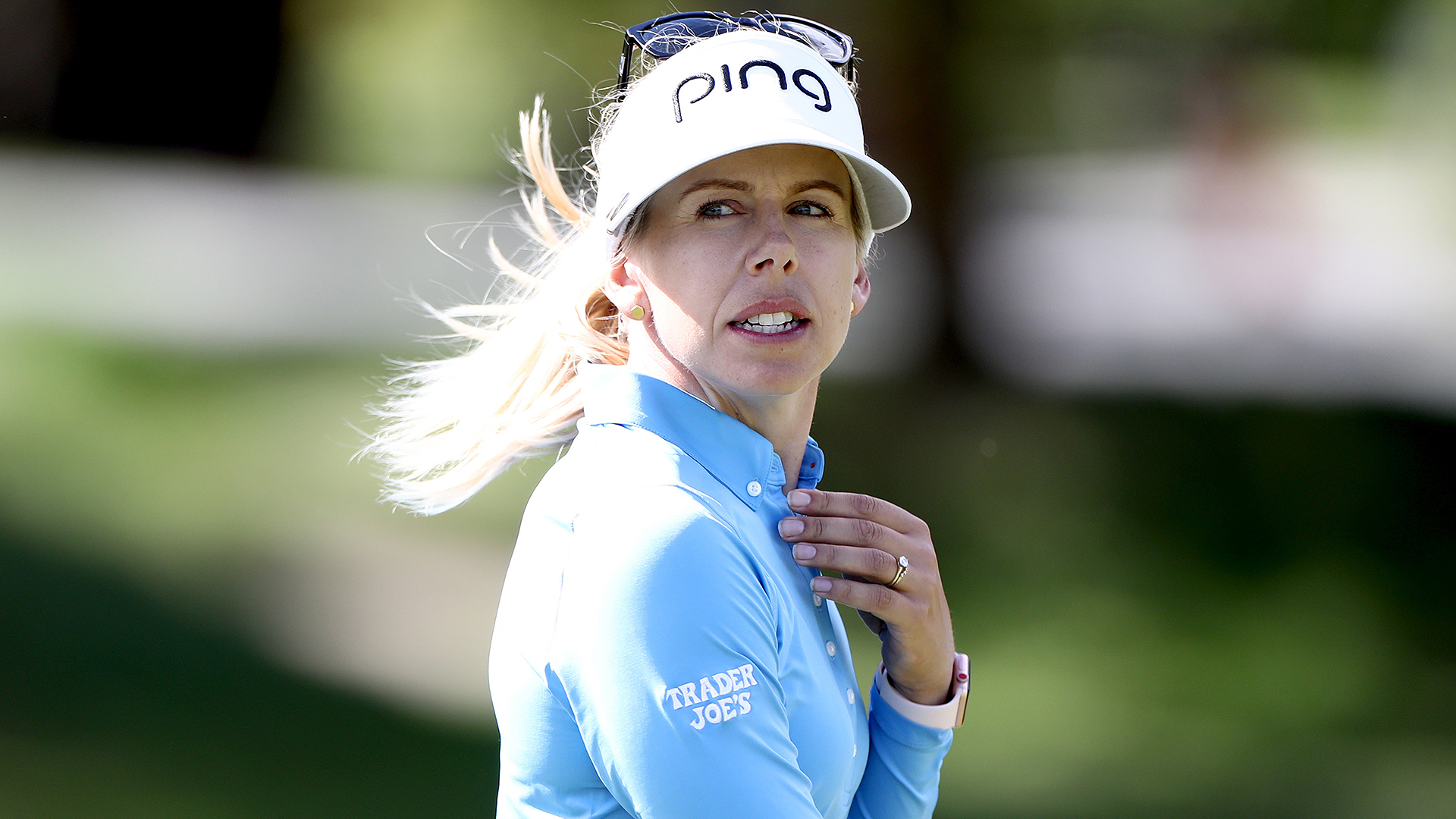 RANCHO MIRAGE, Calif. – Three years later, Pernilla Lindberg remembers jumping into Poppie’s Pond as clear as ever. It is her most vivid memory from her win at the ANA Inspiration. She was joined by Daniel, her caddie now-husband, and her parents, Jan and Gunnilla, who made the leap in celebration of her first LPGA victory.

“I am not only a winner on tour, but I won a major championship,” Lindberg recently said with a smile. “And that’s something no one can ever take away from me.”

It was a bright, sunny morning at Mission Hills Country Club when Lindberg rolled in a 30-footer on the 10th green to cap off an epic eight-hole playoff to defeat Inbee Park, one of the greatest players in the history of women’s golf. The night before, Jennifer Song was eliminated on the third playoff hole and darkness pushed the finish until Monday.

The playoff became a David-and-Goliath-style showdown. Lindberg, then-ranked 95th in the world, beat Park, a seven-time major champion and Olympic gold medalist, in the longest sudden-death session in LPGA major history. It was Lindberg’s first victory in her 250th professional start. And, it was the stuff of golf lore.

“How I was feeling the whole week, the calm that I had,” Lindberg said about her emotions. “It sounds weird to say about myself, but if someone had told me coming into the situation how I thought I would handle it, I handled it so much better than I thought I would.”

There’s just one other time that Lindberg can remember feeling that same sense of peace on a golf course. It was at the 2017 CME Group Tour Championship, five months prior to her victory at the ANA Inspiration. That Sunday in Florida, Lindberg made a charge with three birdies on her closing six holes. But, she got too aggressive with a putt on the 72nd hole that could have put her into a potential playoff and instead three-putted for bogey. She finished T-4.

“If I hadn’t had that experience, that Sunday, and been that comfortable in that position,” Lindberg said, “I wouldn't have handled ANA as well as I did.”

In the wake of her new-found success, Lindberg said yes to every media opportunity that came her way. She also continued to play full-time on the LPGA Tour, taking advantage of the five-year exemption she earned with her major victory. But as the adrenaline wore off and the spotlight began to fade, Lindberg felt worn out. Burdened with self-imposed expectations and growing pressure to validate her maiden win, she missed the cut in the final six events of 2019 and failed to qualify for the season-ending event for the first time since 2011.

Lindberg often thinks back on that week, especially standing on the 10th green in the playoff and her overwhelming sense of peace. It’s a feeling she’s struggled to rediscover since her lone tour win. And when her victory didn’t become the springboard she hoped it would, after nine years on Tour, she continued to chase that elusive feeling. Lindberg has rarely contended since, recording just two top-10s.

“It had so much to do with expectations and pressure on myself and wanting to live up to something,” she said.

By 2020, Lindberg was in desperate need of a break and received it when the LPGA went on a five-month hiatus because of the coronavirus pandemic. The Swede needed to reset. She questioned her motivation. What was driving her to continue to get up and play each day? She needed time to answer that question, and many others, including whether the 34-year-old wanted to retire from professional golf.

“My dream, since I was so little, was to win a major. And then you tick that box and suddenly it’s like you feel a little lost,” Lindberg said. “I can actually put my clubs away now, if I wanted to. But I'm like, no. That’s not what I want.”

During the quarantine, Lindberg’s home course in Orlando, Florida, was closed for six weeks. When it finally reopened, she went out to play and brought with her just a small carry bag. Her goal was to find happiness in simply playing golf again.

“I just enjoyed it rather than putting so much pressure on myself,” Lindberg said about returning to golf. “That turned out to be a really good break and I feel like I've been in a really good place with my game since.”

The time away from the tour allowed Lindberg to rediscover her motivation. Her love of process.

“We’re doing the right things, good things will happen,” Lindberg says Patrik Jonsson, her swing coach, often tells her. It’s become her mantra, too. Jonsson and her team hold her accountable and keep her working on those right things. In 2021, she’s focused on continuing to make small improvements with her game. It’s a strategy that has worked for her in the past. Lindberg hopes that will be enough for her to qualify for the Tokyo Olympics this summer and maybe even her first Solheim Cup team in September.

Lindberg is now in her 12th year on tour. While she’s proud that she’s been able to make a long career out of competing at the highest level in the women’s game, she’s not satisfied.

“Without that win at ANA, it’d be a completely different answer,” said Lindberg, when asked about her career. “I’m disappointed with a few other things, but would I trade my ANA win for any of those other things? No, no way.”

This week, Lindberg returns to Mission Hills. She loves it there, she always has. And since her win, the walk has become more special as those memories she thinks back on – the leap into Poppie’s Pond and her putt at the 10th green – come to life as she retraces her footsteps from 2018. Lindberg’s return is also an opportunity for her to reconnect with the feeling that lifted her to victory, the sense of calm, which has eluded her since her win three years ago. The feeling that made her a first-time winner, and a major champion.

“We’d like to go out there and do that every week,” Lindberg said about her success at Mission Hills. “But sometimes it just shows up that way.” 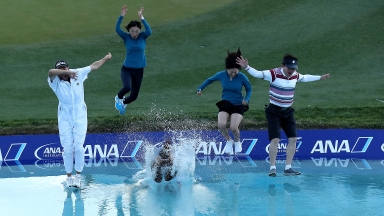 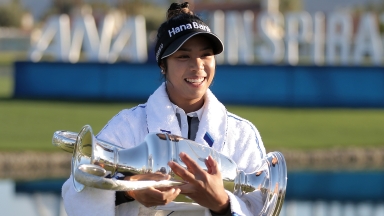