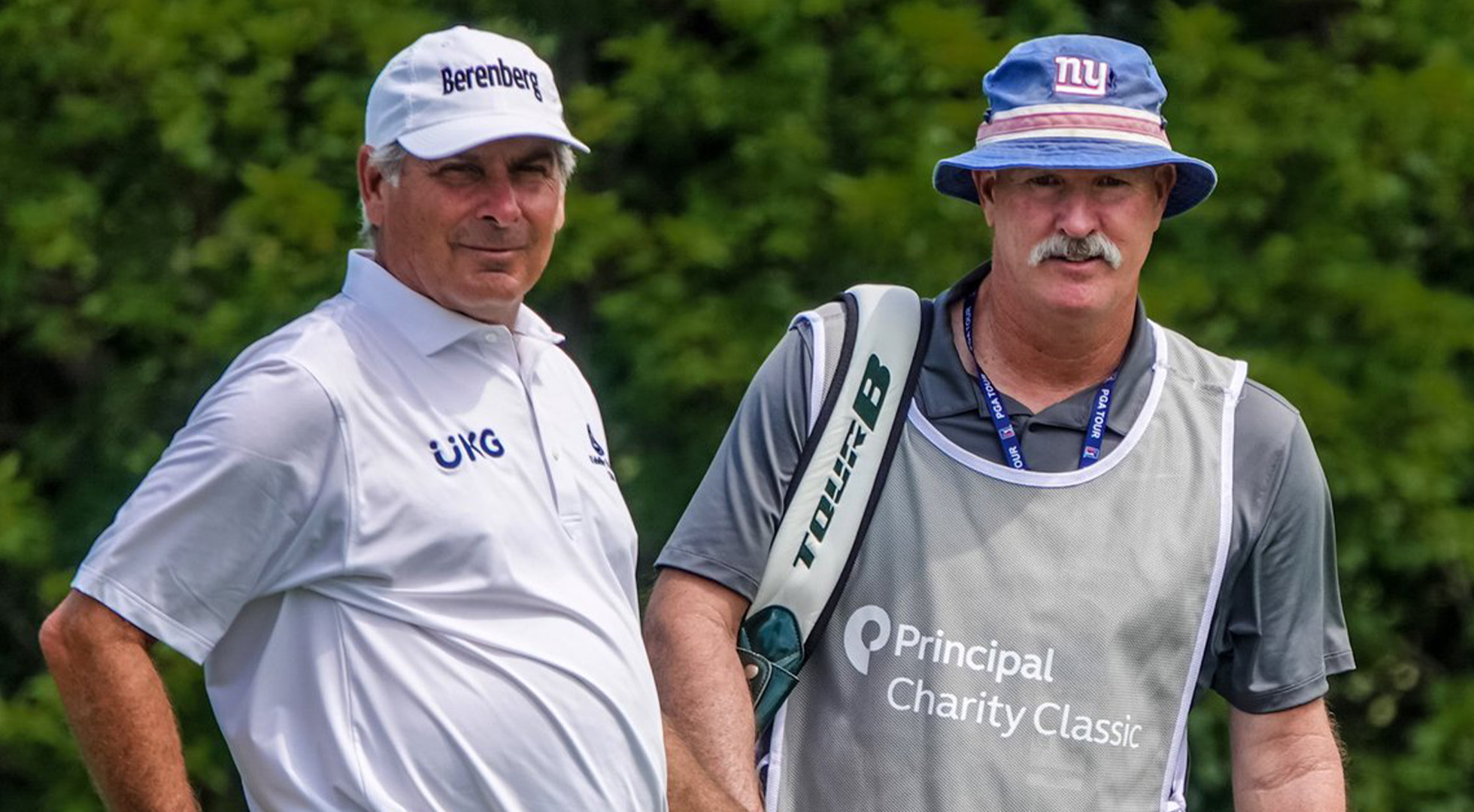 Fred Couples shot 5-under 67 in his first PGA Tour Champions round since April, doing so with his old caddie back by his side.

Joe LaCava, who currently caddies for Tiger Woods, is back on Couples' bag this week at the Principal Charity Classic in Des Moines, Iowa. LaCava is repping his usual New York Football Giants apparel along with a new 'stache, after Woods' Feb. 23 car accident has Tiger sidelined for the foreseeable future.

“Yeah, loopin for Fred in Des Moines," LaCava told Golfweek earlier this week. "Actually eating pasta watching hockey with him right now. Like nothing has changed 10 years later! Would kill to be working for TW in Columbus [Ohio at the Memorial]."

LaCava said he's "just subbing" and doesn't have any plans to caddie again anytime soon, despite missing being out on the links.

“Of course I miss it,” LaCava said. “Love Fred like a brother.”

The last time LaCava caddied was for Woods was in December at the PNC Championship, which Woods played with his son, Charlie.

LaCava began caddying for Couples in 1990 and was beside him during Couples' 1992 Masters win. Woods pried away LaCava from Dustin Johnson in 2011 and LaCava would go on to caddie his second Masters win – Woods' in 2019.

The chemistry Couples and LaCava had at Augusta in 1992 was there again during the first round of the Principal Charity Classic with Couples tied for fourth place, shooting a 67.

"I played the course for the first time yesterday, so I don't even know what holes I birdied," Couples said after Friday's first round. "I started on the back nine and I was 4 under and then front nine I couldn't get the ball really close to the hole. Made a nice putt on 7 for birdie, then hit two great shots on 8 finishing up and three-putted from about 50 feet and parred 9. Five under, I'm very happy. I really liked the course My first time playing it."

Couples said he hasn't been able to play many tournaments this year on the senior tour because of back issues. However, he has his eyes on this year's U.S. Senior Open in Omaha, Nebraska, but not until this weekend is over.

"Well, my thoughts are on tomorrow's round first, so do I plan on playing? Yeah," Couples said. "I planned on playing in Tulsa [for last week's Senior PGA]. I planned on playing wherever the heck the one before that was. So I don't really know, but Omaha, I've got a chance at it."

Tiger Woods wasn’t on hand at Quail Hollow this past week because he had more important matters to tend to this weekend. 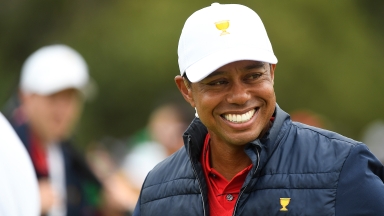 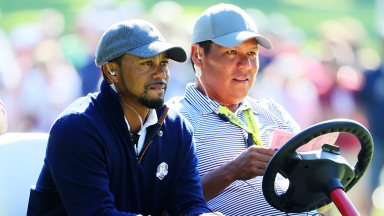