Woods imitates Na on Saturday at 17, laughs are had by all 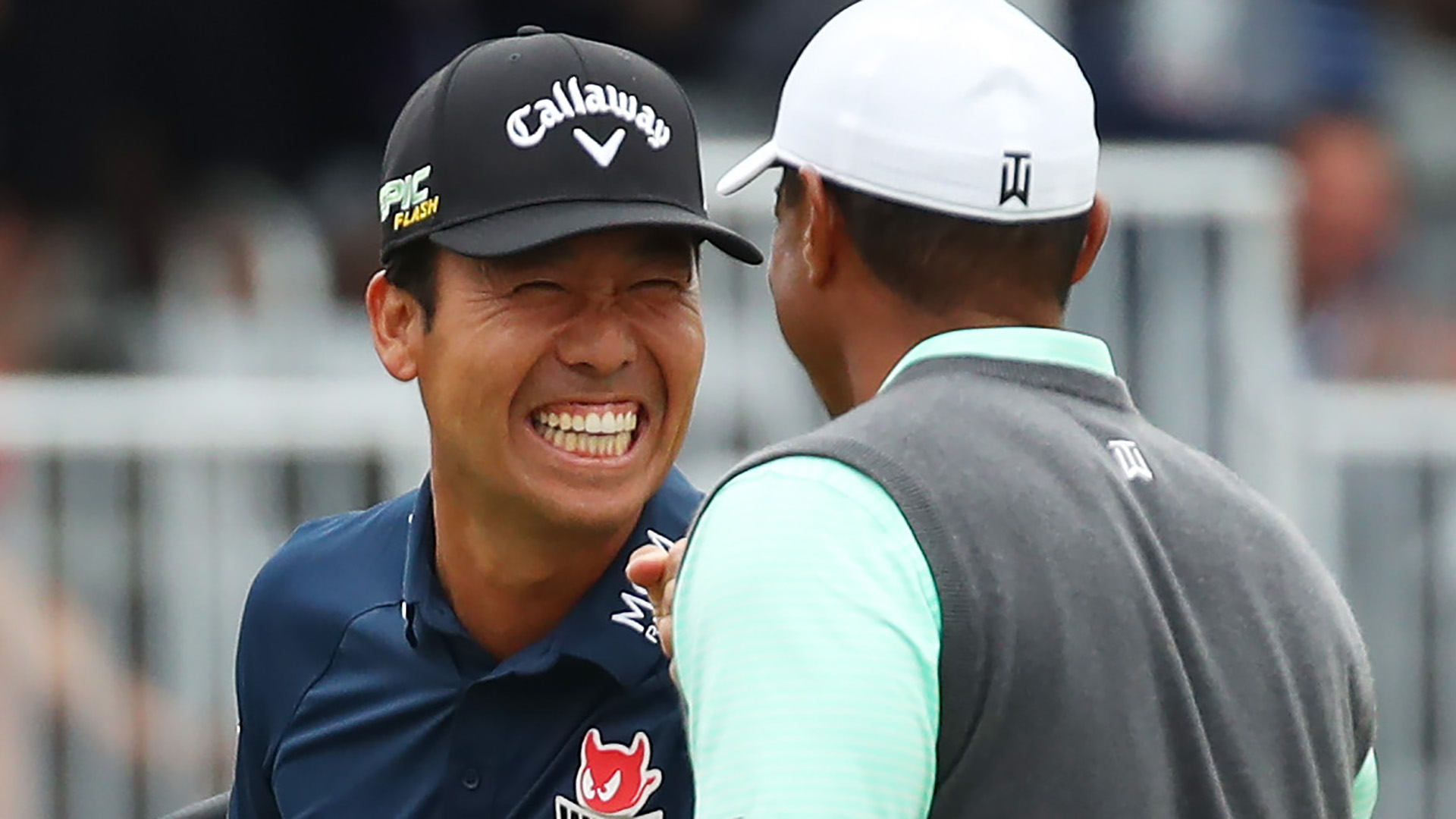 This time, on TPC Sawgrass’ 17the green, he was almost too quick.

“It looked like he was going to catch it before it got to the hole,” said Tiger Woods, who was playing with Na on Saturday. “He had to pull his hand back, slow it down.”

Then it was Woods’ turn, since he was only 2 feet away for birdie.

“I thought I’d have a little fun with it,” Woods said, “but I had to make sure I hit it on line first.”

Full-field scores from the The Players Championship

Woods and Na shared a fist bump and a laugh while walking off the green.

Grading Woods’ effort after the round, Na said that Woods didn’t get there fast enough because – and here’s the trick – he didn’t use his left hand.

“I’ll give him a lesson later,” Na said.

Na didn’t know how or why he started that move, and that he doesn’t do it on purpose.