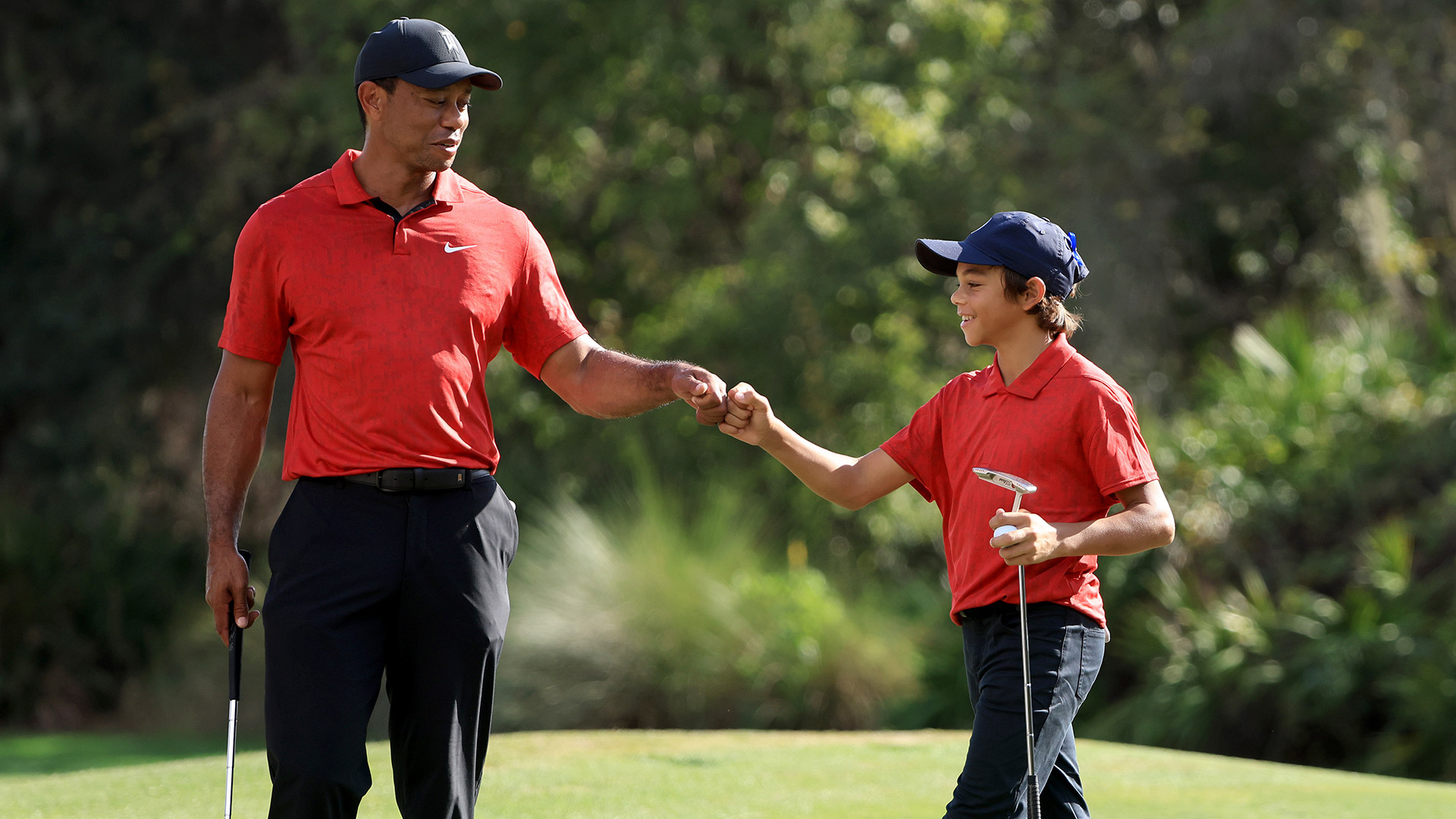 ORLANDO, Fla. – Tiger Woods preached for days about keeping things in perspective and just enjoying the moment. But as the birdies started to drop and the leaderboard grew more bunched, he and his son, Charlie, started to grind.

It started with a birdie at No. 7, then another at the eighth followed by one more at No. 9. When Team Woods finished the final round of the PNC Championship, they’d birdied 11 of their last 12 holes to finish two shots behind John Daly and his son, John II.

“I told Charlie, I said we're going to have to at least birdie out to have a chance,” Woods said. “We got on a nice heater and made 11 in a row.”

Playing in his first event since a devastating single-vehicle crash in February that required multiple surgeries on his right leg, Woods had stressed that he was just looking forward to spending a few days with his son. That started to change with each birdie and Woods admitted he became more aggressive coming down the stretch.

“Charlie was out there telling me a couple times yesterday and today, ‘Don't hit that shot, you know what that does [causes pain or discomfort],’” Woods laughed. “I said, ‘Just worry about your own game.’”

Team Woods finished with a 15-under 57 that included an eagle, 13 birdies and no bogeys. 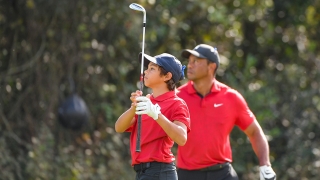 Highlights from Tiger and Charlie Woods' final round at the PNC Championship, in which they shot 57.

"The goals this week, two things: One, to have fun; and two, no bogeys," Woods said, "and we accomplished both."

The only thing they didn't do was win. Not that it mattered.

"It would have a special meaning in my heart for sure, there's no doubt about it, and it still does," Woods said. "The fact that I'm able to have this opportunity this year – even a couple weeks ago we didn't really know whether or not I would be doing this, but here we are. And we had just best time ever, and he and I out there – I just wish that, like I told you guys yesterday, I wish I could have walked down the fairways with him and been side-by-side with him the entire time like we were last year."