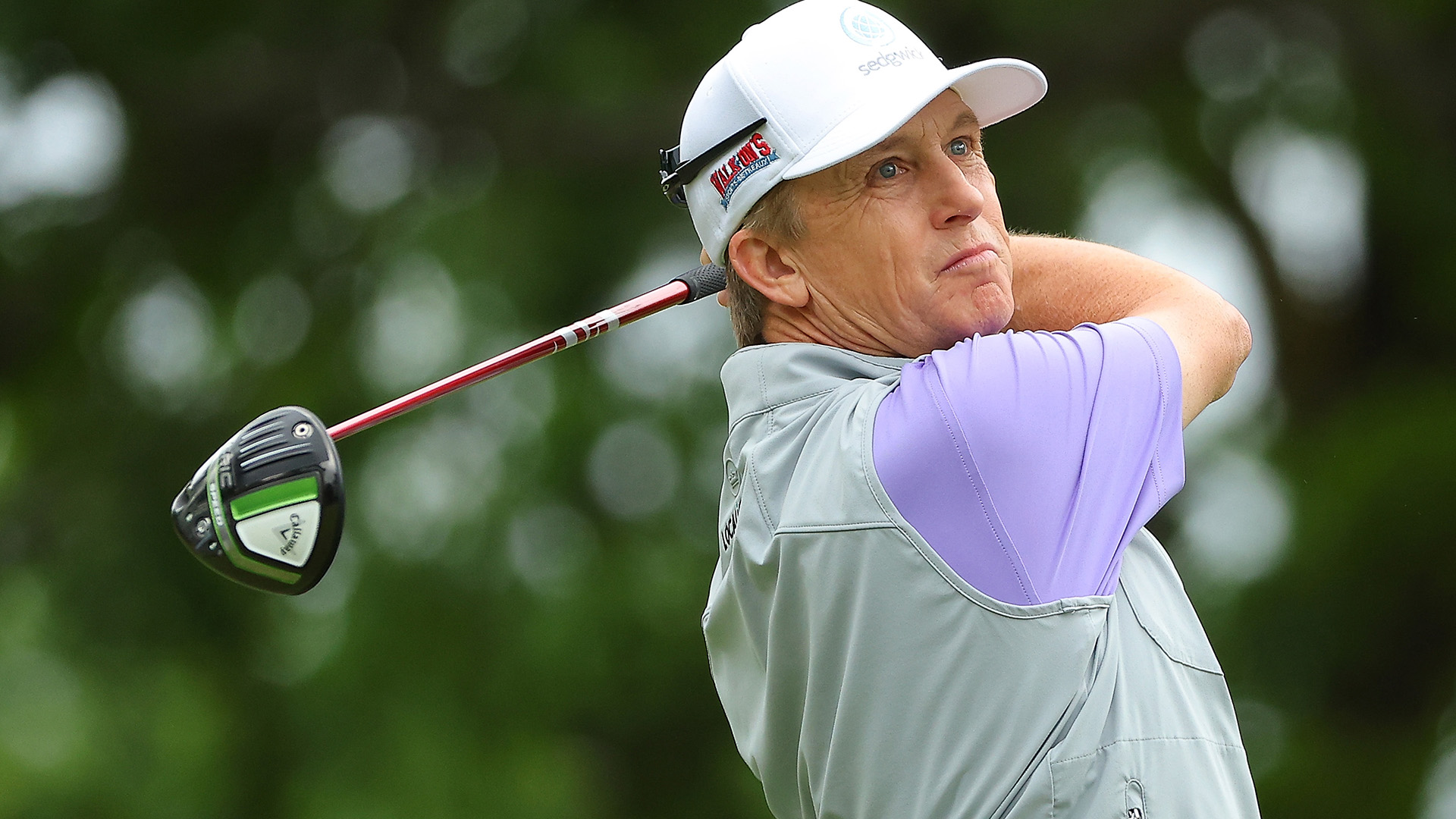 DULUTH, Ga. — David Toms flipped the script Saturday at the Mitsubishi Electric Classic with a four-shot swing on the 15th hole and closed with pars for a 1-under 71 that gave him a two-shot lead over Ken Duke going into the final round on the PGA Tour Champions.

Toms was in danger of falling two shots behind when his long birdie putt on the 14th went past the hole and nearly off the green. He made the 12-footer for par, and then capitalized on the big mess Duke made out of the next hole.

Duke’s 20-foot birdie putt from above the hole had too much pace and trickled — and trickled some more — until it picked up steam and rolled some 35 yards down the fairway. His wedge was too weak and rolled off into a bunker, and he made triple bogey.

Toms rolled in his birdie putt and went from one behind to a three-shot lead.

Duke managed a birdie on the par-5 closing hole at TPC Sugarloaf to salvage a 73 and keep him in the game. So many others are now in the mix.

Ernie Els finished with three birdies over his last five holes on the front nine for a 68. He was part of the group four shots behind at 4-under 140 that included Jay Haas (69), Fred Couples (70) and Monday qualifier Mark Walker, who birdied the final hole for a 72.

Steve Flesch (73) was also part of the group at 140. He played in the final group with Toms and Duke and was lurking until he hit a fat wedge on the 17th that didn’t reach the bunker, pitched on and missed an 8-foot par putt. He had to settle for par on the closing hole.

Toms will be going for his third PGA Tour Champions victory. Among his 13 wins on the PGA Tour was the 2001 PGA Championship across the suburbs at Atlanta Athletic Club.

Conditions were far more severe than the opening round, which featured a rain delay. The wind was blustery and temperatures dropped, putting a premium on par.

That didn’t stop two-time U.S. Open champion Retief Goosen, who was 7 under on his round through 15 holes until closing on the front nine with two straight bogeys. His 67 matched the low round of the day, and he was at 3-under 141, five shots behind.

Also five back was Steve Stricker, in his second tournament since his return from a six-month layoff due to an illness that hospitalized him late last year; and Miguel Angel Jimenez.

Duke did well to keep bogeys off his card. His long birdie putt on the 14th hit the pin and went over the lip. And then it all went wrong on the 15th.

Even so, he was only two behind and will be in the final group as he goes for his first PGA Tour Champions title. 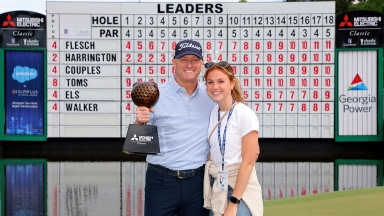 Flesch rallies with 65 for win at TPC Sugarloaf

Steve Flesch rallied from four shots behind Sunday with a 7-under 65 for a one-shot victory in the Mitsubishi Electric Classic. 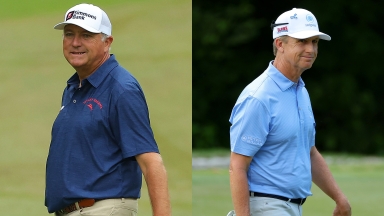 Toms, Duke co-lead after Round 1 of ME Classic

David Toms ran off three straight birdies after a rain delay and closed with a birdie to take a share of the lead with Ken Duke. 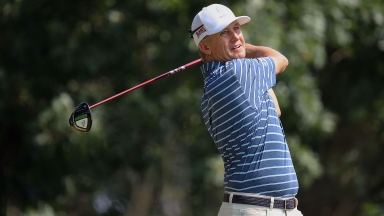