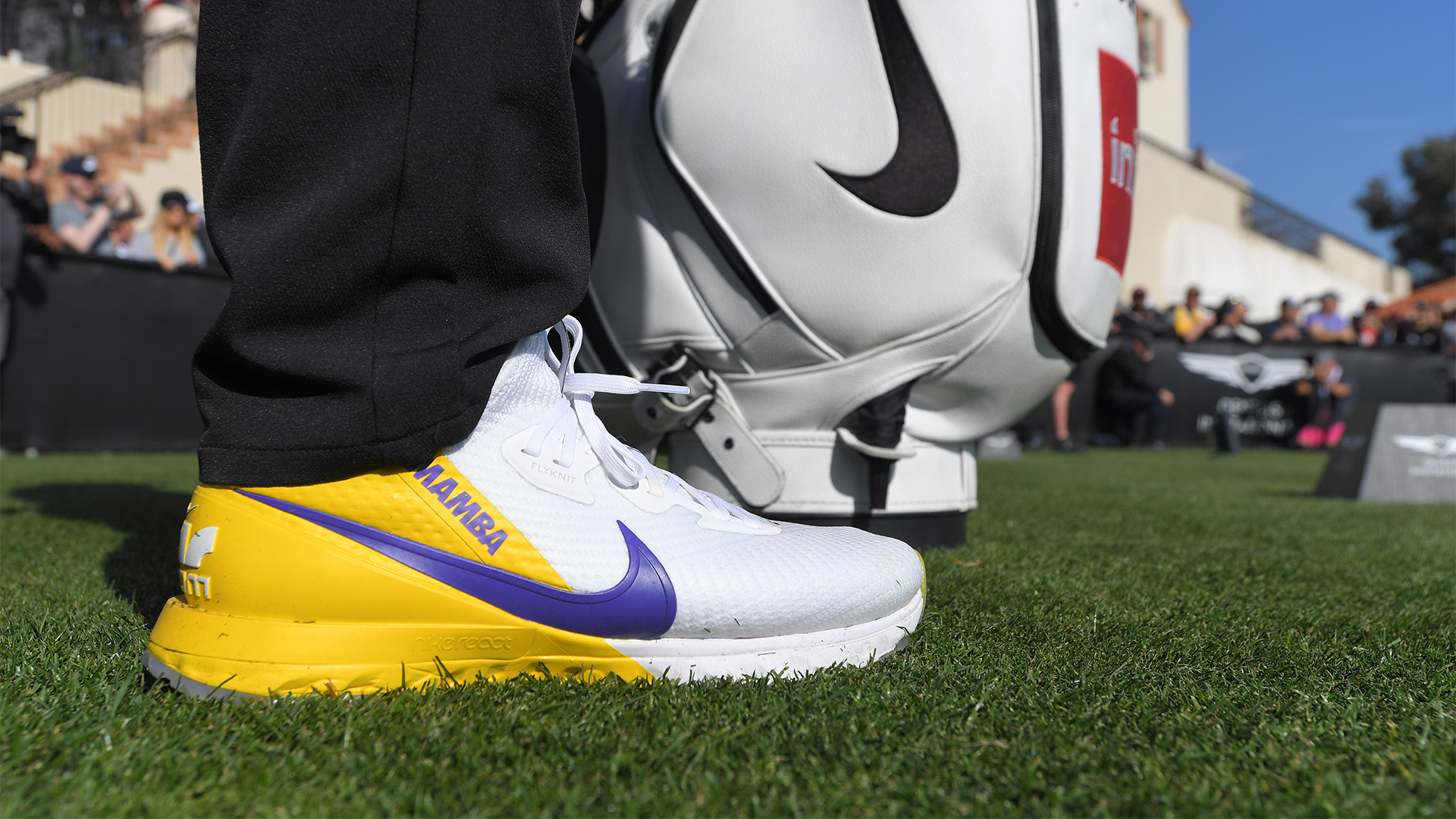 LOS ANGELES – Last fall, Brooks Koepka sat down with some reps at Nike to discuss custom shoe designs for 2020. Koepka knew he was playing here at the Genesis Invitational, so he had an idea: A pair of white, yellow and purple cleats, with “MAMBA” on the sides and the soles, to honor his boyhood idol, Kobe Bryant.

“It was pretty easy,” he said Thursday. “There’s a little bit of a correlation with just the attitude (I bring) going into things, and I guess you could say embracing the hate, too.”

Koepka was hoping to give the pair of shoes to Bryant, to show him the impact that he had on Koepka’s life, but he never had the chance. The Lakers legend died Jan. 26 in a tragic helicopter crash about 20 miles from Riviera, in Calabasas.

At the time the news broke, Koepka was in Dubai, preparing to take his girlfriend to the airport. Still half asleep, he couldn’t believe it. He started to cry – the first time he’s cried over somebody he’d never met.

Heartbroken, Koepka texted his Nike rep: We’ve got to do something. He’d forgotten that he already had, months earlier.

“It was kind of a surreal moment,” he said, “thinking that I was already doing something five months in advance and then this happened.”

After Bryant’s death, Koepka posted on social media why the NBA star had such a profound impact on his life. How Bryant’s mentality helped him through injury rehabilitation and any other obstacles he faced. “It made you really appreciate life and what you have,” he said, “and golf’s just a stupid game that we play. It’s really not that important.”

Koepka had been staying in Southern California since November to receive treatment on his ailing knee, and occasionally he’d drive up to LA for a few days. He took in a game at the Staples Center in December, then returned Monday for the first time since Bryant’s death.

“The atmosphere is unbelievable,” he said, “but you can tell there’s definitely a different vibe there. A lot of respect. A lot of camaraderie.” When out for dinner, an impromptu “Ko-be” chant broke out in the middle of the restaurant.

Wanting to, as he said, “channel the Mamba Mentality” this week at Riviera, Koepka opened with a 2-under 69. As for the Kobe-inspired shoes, he’s donating them to charity and hoping to raise money for all of the families involved in the crash. 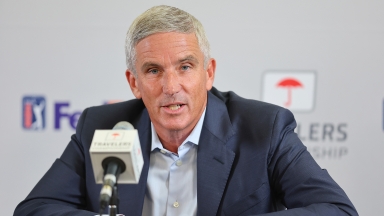