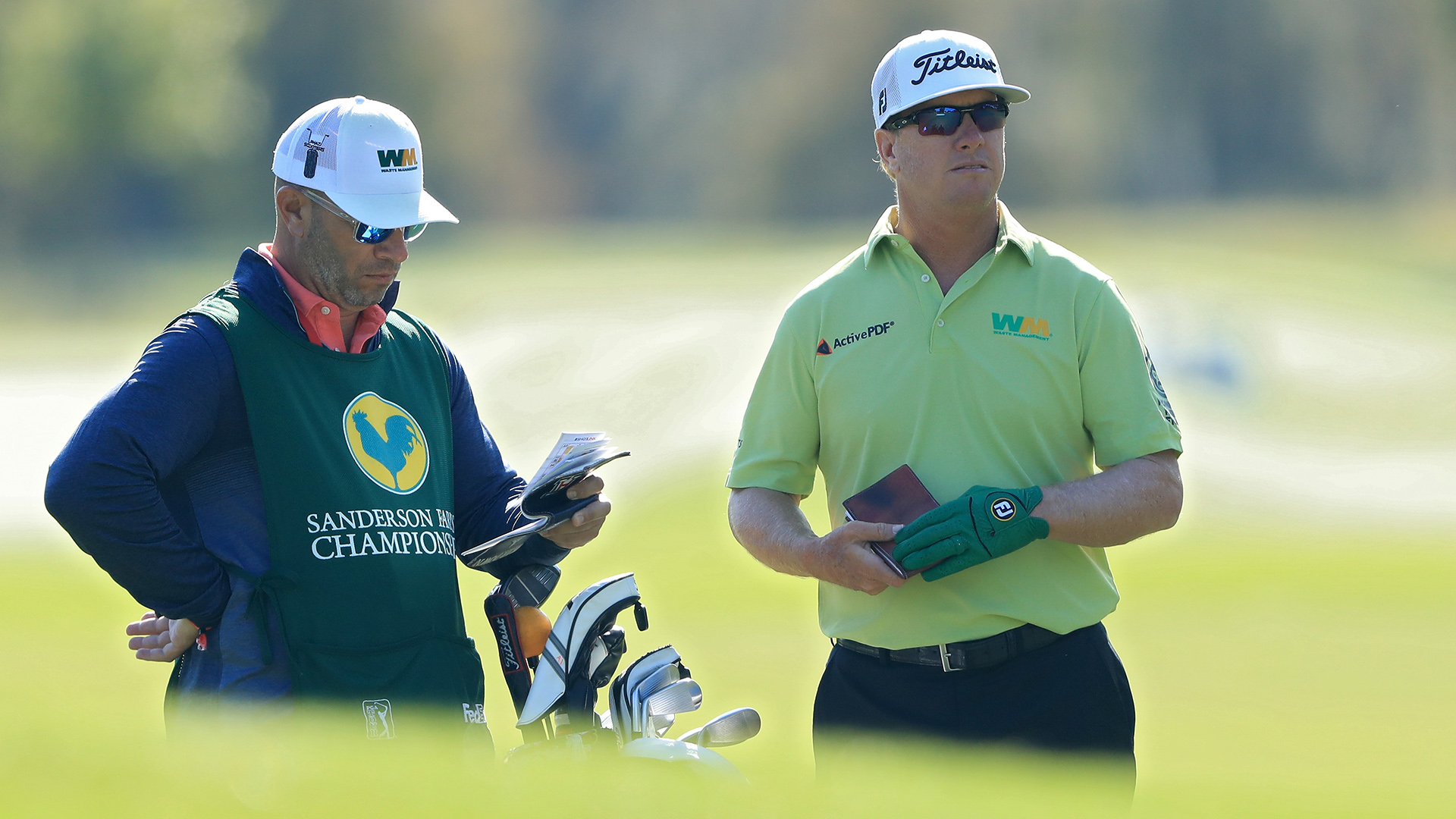 The fall portion of the PGA Tour season is a time of new beginnings and blank slates. It's also one that often favors the young guns and new guard looking to make a splash on the big stage.

Players like Nick Taylor, Peter Malnati, Cody Gribble and Cameron Champ, all recent winners of the Sanderson Farms Championship, have used early success at a fall event to grab long-term job security and respect in the locker room with both hands. After all, the two-year exemption that accompanies each Tour victory essentially becomes a three-year gig when you win in one of the first weeks of an 11-month marathon.

But early into the 2020-21 campaign, the balance seems to be shifting toward a group of seasoned yet decorated veterans. Stewart Cink broke through at the season opener, notching his first win in more than 11 years, and last week Hudson Swafford got back into the winner's circle after a three-year hiatus. It's more of the same through the opening round at the Country Club of Jackson, where some familiar names are off to a fast start.

Yes, defending champ Sebastian Munoz picked up right where he left off, spinning an 8-under 64 as he looks to become the first ever to go back-to-back at the Tour's lone Mississippi stop. But the three other players sharing the lead boast significant credentials, ranging from major championship wins to team appearances.

When Jimmy Walker won the 2016 PGA Championship, it was viewed as a potential launching pad for a player who had already won five times prior on Tour. Instead form and health have both gone awry for Walker, now 41, who has been battling his swing while also battling Lyme Disease since a 2017 diagnosis. Even after a round like Thursday's, where the focus should have remained on his bogey-free run that featured eight birdies, he faced questions about how the disease continues to impact his on-course performance.

"If I keep my allergies in check, I do pretty good," Walker said. "But when I get hit with allergies pretty bad, it really flares up the symptoms I had."

The combination has dropped his world ranking from 15th when he left Baltusrol with the Wanamaker Trophy to his current depths at No. 352, more than two years removed from his most recent top-10 finish at the 2018 AT&T Byron Nelson. He has shown flashes of his prior form since the diagnosis, notably a runner-up finish at the 2018 Players, but Walker is still looking for his first win since his major breakthrough. He's got a chance this week despite dealing with shoulder tendonitis at the U.S. Open, where he missed the cut.

"It was really hard to grab a club out of my bag with my right hand. I just had no strength," Walker said. "But I rested a lot last week, played a few nine-hole rounds with some buddies and came in this week with my physio, we've been banging away on it, and it's feeling better."

But Walker isn't the only veteran in the mix for a return to former glory. Charley Hoffman had the best season of his career in 2017, reaching as high as 20th in the world and earning his first spot on a U.S. team at age 40 at the Presidents Cup. But the highlights since Liberty National have been few and far between, as Hoffman recorded just two top-10 finishes last season. Next month he'll miss the Masters for the first time since 2014, and he's down to No. 150 in the world rankings.

But Hoffman got off to a strong start Thursday with nine birdies, even making light of his well-known trend as a perennial contender - not necessarily to win, but to lead after the opening round.

"Because I play better than everybody on Thursday," Hoffman joked. "I mean, I think I come in with a good game plan. I think on Sunday I may in the past have not tried to execute the same game plan on Sunday, depending on where I am in the lead. That may be why I haven't played as well as I wanted to on Sundays. But on Thursday, the game plan I set up early in the week usually pans out pretty well."

Hoffman has shown signs of promise in recent weeks, with top-15 finishes in two of his last three starts. But momentum hasn't been on the side of Kevin Chappell, the fourth co-leader at 8 under. You'd be forgiven if you failed to come up with Chappell's name as a member of golf's sub-60 club, as he fired a 59 last year at The Greenbrier but finished T-47 in the event.

Chappell missed most of the 2019 season while rehabbing from the same microdiscectomy surgery that sidelined Tiger Woods, and outside of one great round in the West Virginia mountains it's been a slow recovery ever since. He has missed seven of 17 cuts since returning, notching only one finish better than T-40.

Chappell has 18 starts left on a major medical extension, and he could go a long way toward satisfying those requirements with a big finish this week. But he's hoping to follow in the footsteps of Swafford, who went from the medical category to the winner's circle last week in Punta Cana.

"I hadn't done myself any favors coming back. Poor scheduling, poor play, maybe came back a little early," Chappell said, "But I kind of feel like I got my feet under me. Getting more comfortable being on the road, being away from my family, and so the focus is just enjoying it and playing good golf, and the results will come."

The results are there through one round, as they have been for Walker and Hoffman. But if the early leaderboard is any indication, this could be another instance where some of the Tour's old guard remind the players coming up behind them that they still know a thing or two about how to get the ball in the hole.