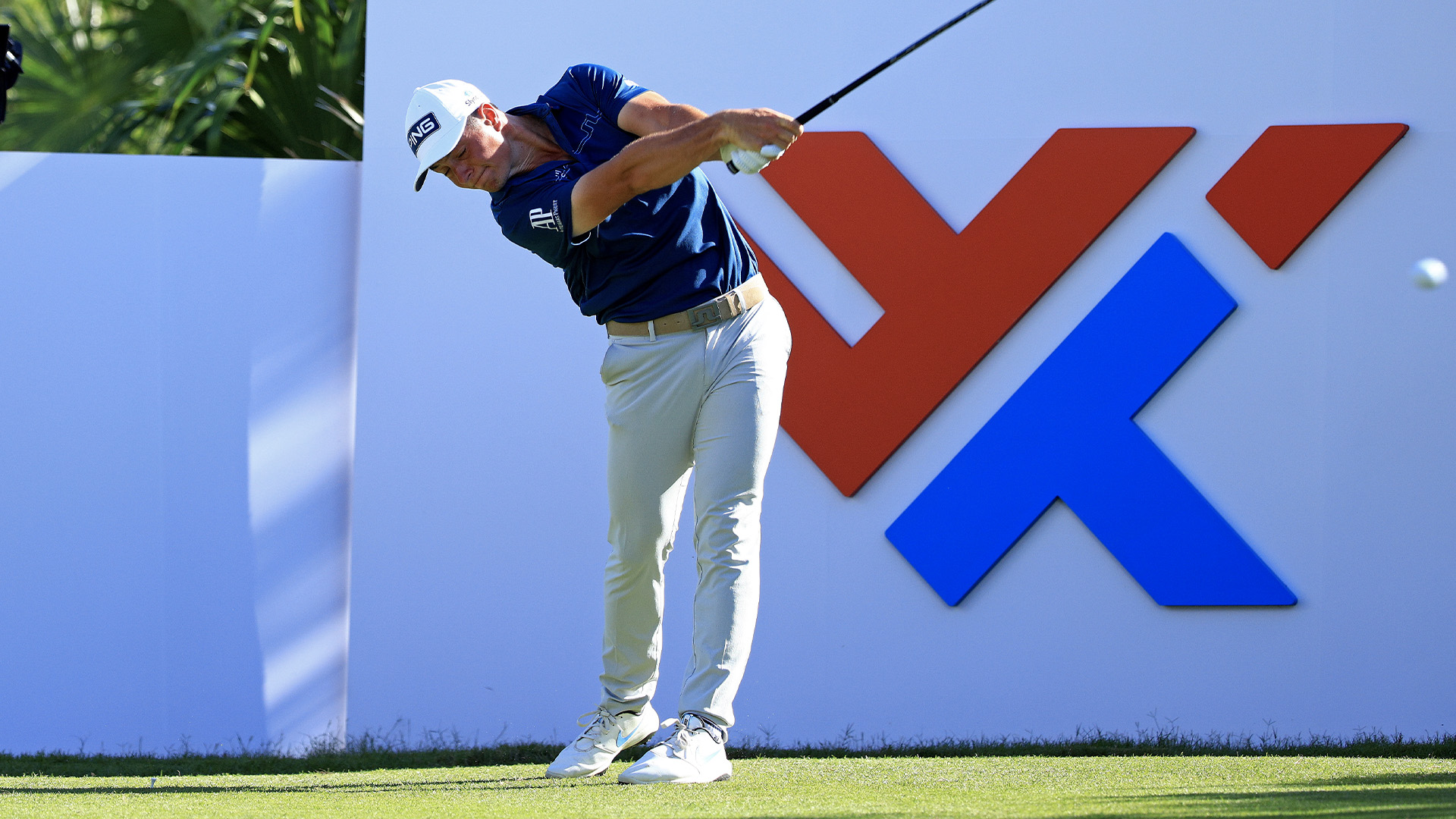 PLAYA DEL CARMEN, Mexico — Viktor Hovland was hitting it so well he had no trouble taking on a big risk, and it paid off Saturday with a big finish for a 9-under 62 and a two-shot lead in the World Wide Technology Championship at Mayakoba.

Hovland, the defending champion at this Mexican resort, hit driver just over the green on the par-4 17th and hit a dart into the closing hole at El Cameleon for the lowest score of his PGA Tour career.

That gave him a two-shot lead over fellow Oklahoma State alum Talor Gooch (63), and he was three clear of Justin Thomas (64).

“That was fun today,” Hovland said. “Obviously, got off to a nice start and it was nice to have one of those rounds where you can kind of keep it going throughout the day instead of maybe slowing down towards the end there where, frankly, there’s some tough holes.”

Matthew Wolff, who started the weekend with a two-shot lead, made a pair of bogeys early in his round to fall out of the lead and managed only one birdie in his round of 73 that dropped him out of contention.

Scottie Scheffler had a good start and little else, and a double bogey on the 14th hole when he drove into a hazard led to a 70 that put him seven shots behind.

Hovland was at 19-under 94 as he goes for his third PGA Tour title.

The Norwegian star already had made up a three-shot deficit with seven birdies, along with tough pars on some of the holes into the steady breeze.

The tour moved up the tees about 100 yards on the 17th hole, with mangroves right of the green and a small lagoon to the left.

Gooch was in the group ahead of him and hit iron off the tee and wedge to tap-in range for birdie that gave him a share of the lead. Hovland went with driver and it landed about 15 feet beyond the pin and rolled just off the edge. He pitched beautifully to 6 inches for birdie.

“I've hit it great and I thought it was the play,” Hovland said. “So if it's the play, you pull outt the big dog and you try to hit it.”

Then, Hovland peeled a low driver into the fairway and stuffed that one about 4 feet away for another birdie to widen his lead.

Gooch had a birdie putt that spun out of the cup on the 18th. Even so, he will be in the final group on Sunday as he goes after his first PGA Tour victory.

He did his best work earlier on the back nine, rolling in a 30-foot birdie putt on No. 12, an eagle putt from about 35 feet on the par-5 13th and then chipping in for birdie from just off the green at No. 14.

“You never know when your time is going to come,” Gooch said, speaking specifically to his burst of scoring, and possibly to finally hoisting a trophy. This is his 102nd start.

“The game came easy today,” he said. “I hit a bunch of fairways, hit a bunch of greens. Nice when you get a chip-in, you make a 30-footer and those are the type of things you need to have happen to turn it from a 67 to 63.”

Thomas had a 62 in the third round last year at Mayakoba to at least give himself a chance. This time, he started much closer to the leaders and his 63 left him only three back.

He began the tournament at 3 over for his opening nine. Thomas couldn't help but think of his pairing with Patrick Cantlay at the BMW Championship, when Cantlay started slowly and wound up winning in a playoff.

“And I know this is a course you can get on crazy kinds o runs out here,” Thomas. “It feels good to now I haven't really done anything special, but I've just kind of checked the boxes and done a lot of things I need to do and put ourselves in a good spot.”

Carlos Ortiz of Mexico had a 67 and was five shots behind. 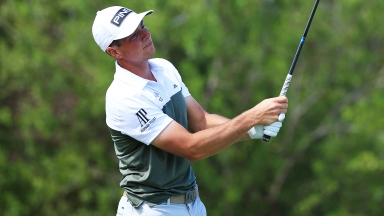 Will Hahn get 10% from Hovland's winnings?

James Hahn played hero on Thursday and Viktor Hovland prevailed on Sunday. So what will Hovland do as repayment? 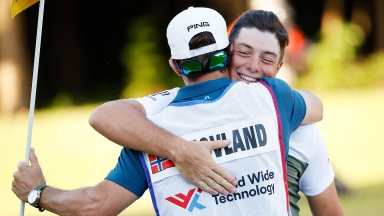 Here's a look at the full purse and FedExCup points payouts for those who made the cut in Mexico. 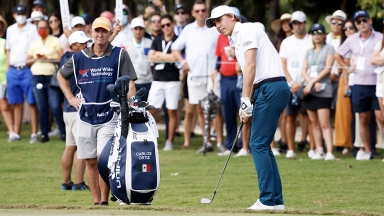