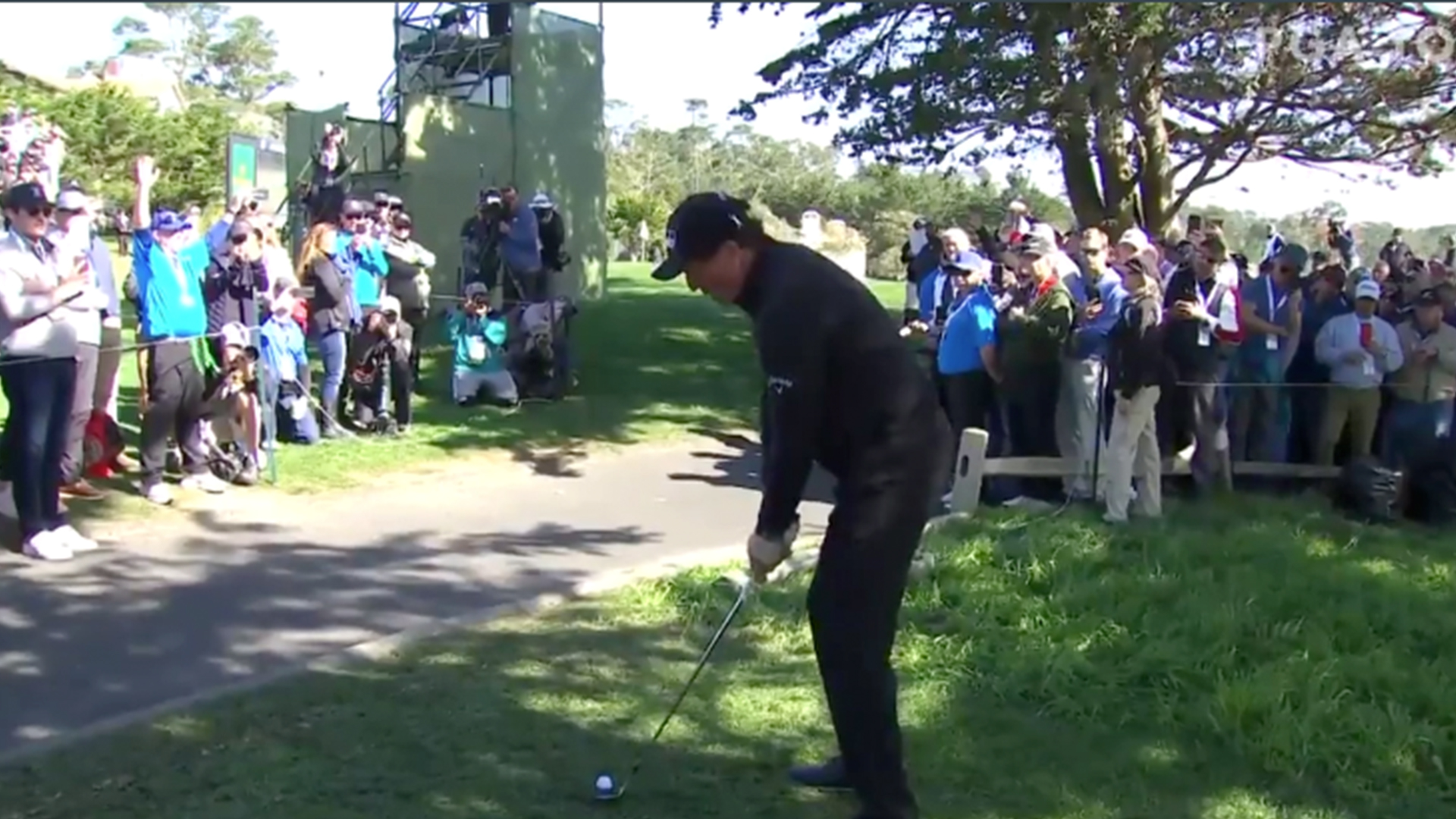 After an insane day around the greens on Saturday, Phil Mickelson showed some more of that short-game magic Sunday at the AT&T Pebble Beach Pro-Am.

After badly sailing the green from 127 yards out at Pebble Beach's par-4 13th hole Sunday, Mickelson left himself a seemingly impossible third shot – a TV tower between he and the hole, trees to the right, a green above and running away from him.

He was so far long and left – 42 yards to be exact – that his ball wasn't even in the frame on Shot Tracker.

But trailing leader Nick Taylor by three shots, Mickelson couldn't afford to play it safe. Instead, he reached into his magic hat, flopped it over the tower and onto the fringe, and sunk 25-foot putt for par.

While Taylor matched Mickelson's par, his wasn't nearly as magical. 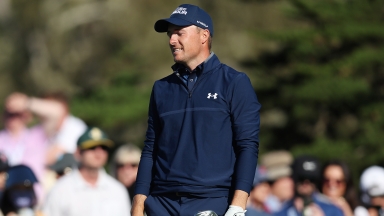 How Spieth’s ‘best swing of the week’ cost him

Jordan Spieth called it his “best swing of the week.” The same swing ended up costing him the golf tournament Sunday at Pebble Beach. 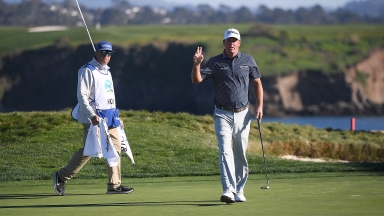 Here's a look at the full purse and FedExCup points payouts for Tom Hoge and Co. at Pebble Beach. 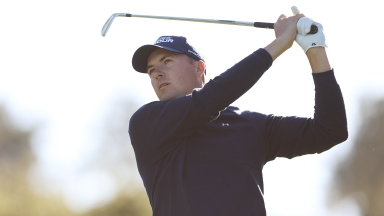 Jordan Spieth was inches away from falling off a cliff Saturday at the AT&T Pebble Beach Pro-Am. Now, he’s just a shot off the lead.