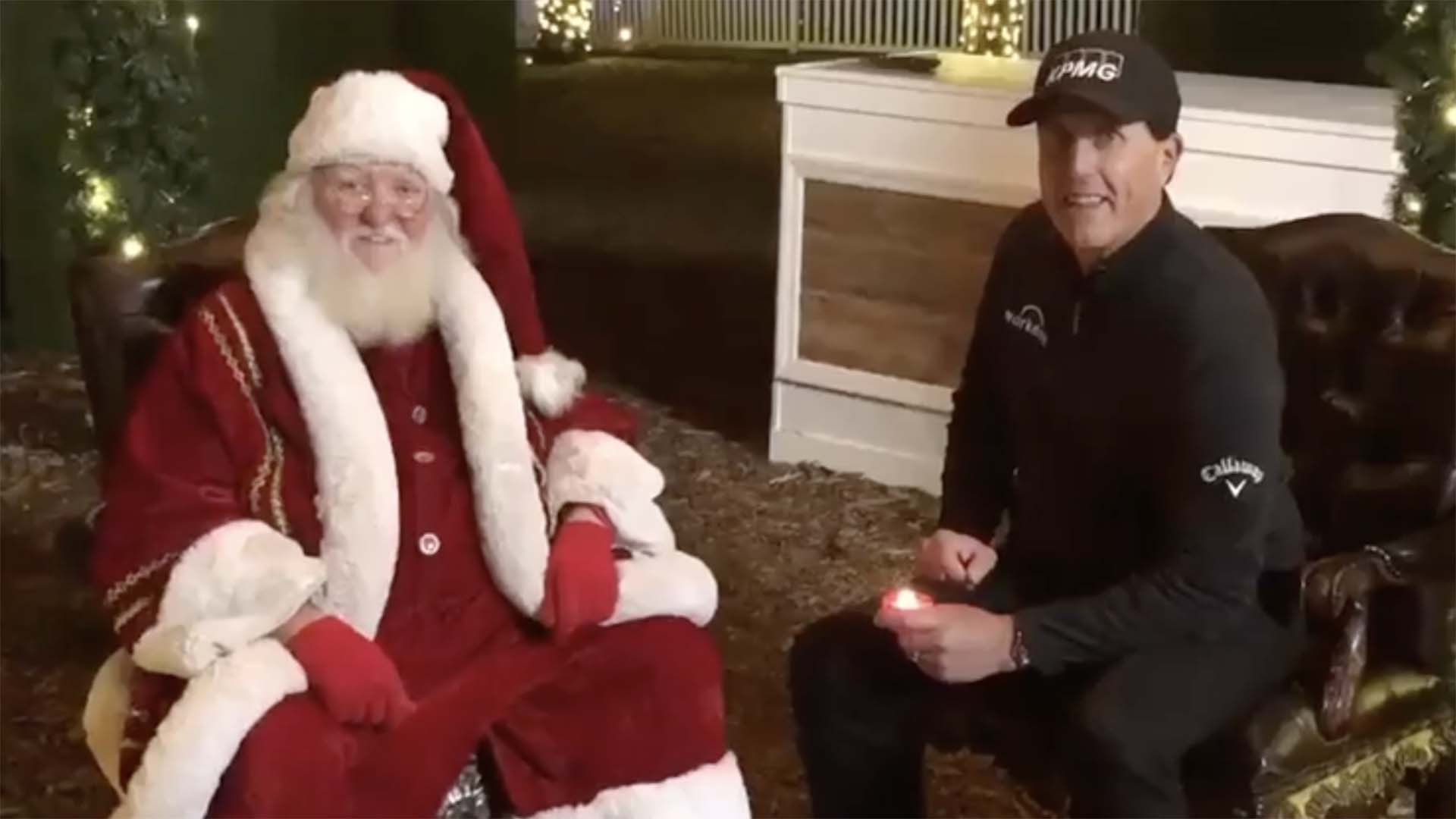 Has Phil Mickelson been naughty or nice this year? We will find out next year in Wisconsin.

Mickelson had the one and only Santa Claus on his most recent Phireside with Phil episode, where Mickelson asked Santa for a Ryder Cup victory in 2020. Of course, the wasn't all of Mickelson's Christmas wish; he also wanted to be "involved" in the win at Whistling Straits.

As a player? As a captain? Mickelson, who missed a team competition this year for the first time since 1993, didn't specify.

However, the video reveals that Mickelson asked for a similar gift in 2018 in Paris, but was ultimately denied because he was, according to Santa, on the naughty list for his 2018 U.S. Open antics at Shinnecock Hills.

Mickelson did redeem himself, making the nice list last Christmas and being rewarded with "a win, calves and abs" in 2019.

One word of advice, though, Phil: don't challenge Santa's spelling.