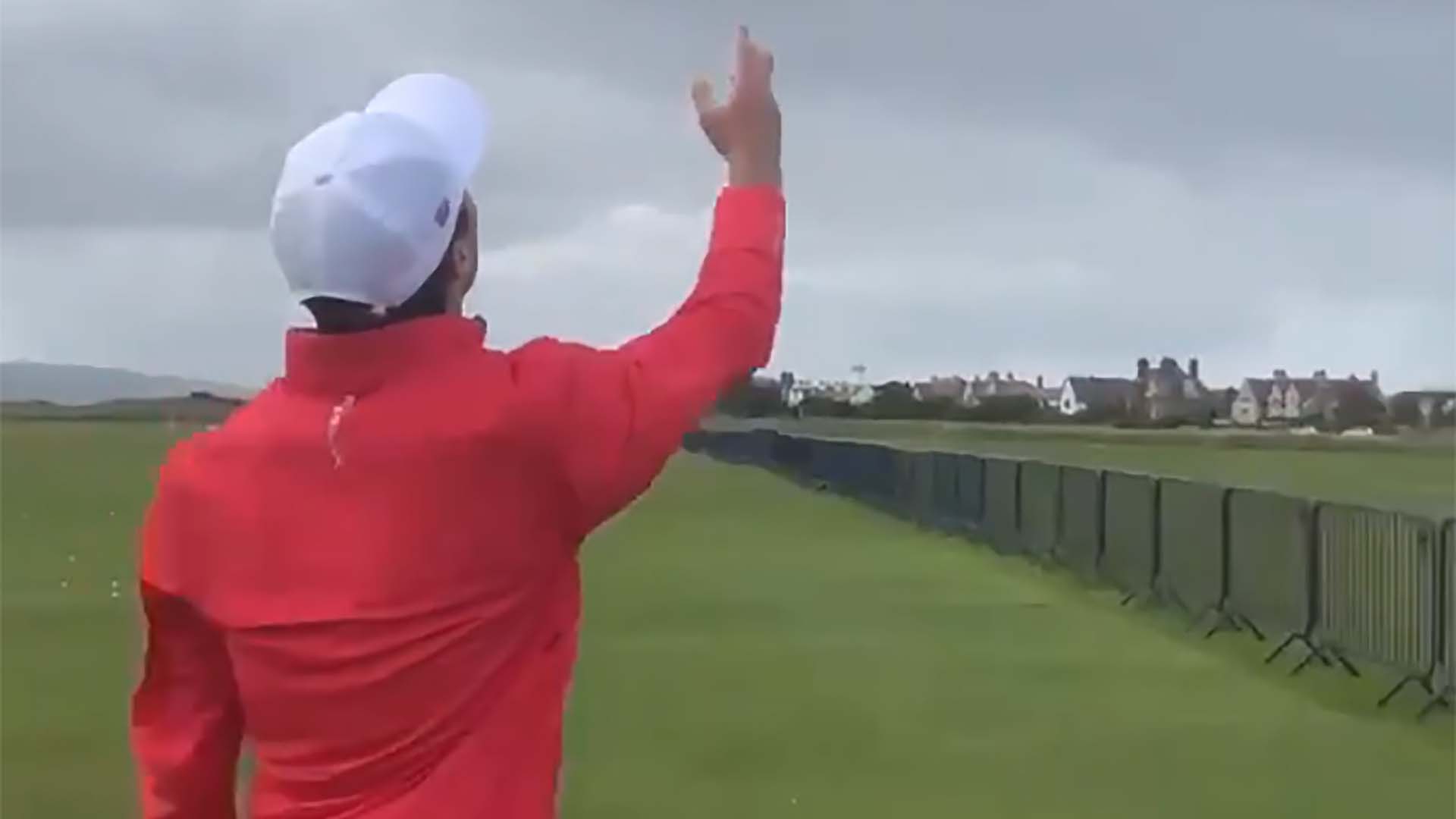 Phil Mickelson has shown off a backward super flop on several occasions over the years, and now - with a little lot of help from the wind - Cole Hammer has put his own unique twist on shot.

During a Friday practice session for the Walker Cup, the U.S. team member showed just how tough the conditions are playing at Royal Liverpool in Hoylake, England, hitting a shot up into the wind that ended up coming back to him.

The 47th Walker Cup is set to kick off Saturday, pitting the best amateurs from the U.S. against those from Great Britain and Ireland.

While weather conditions could play a major role in the outcome, there's plenty more to know heading into the weekend at Royal Liverpool.