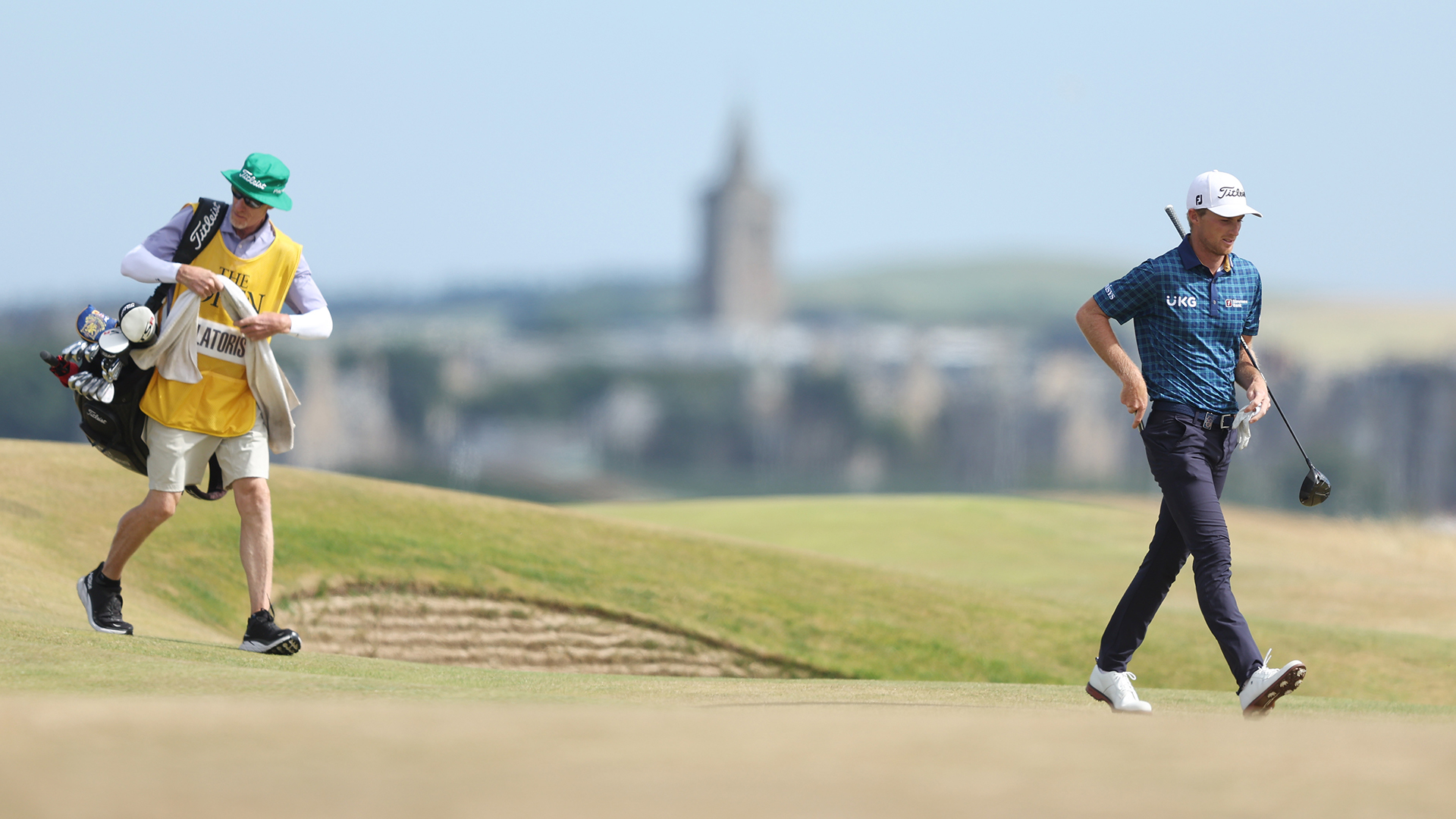 Will Zalatoris has split with the caddie that he’s had for most of his young professional career.

Zalatoris and caddie Ryan Goble parted ways after Friday’s second round of the Wyndham Championship, GolfChannel.com has confirmed with Zalatoris’ manager after the news was first reported by The Caddie Network.

Josh Gregory, one of Zalatoris’ instructors, is looping for the weekend at Sedgefield Country Club, which Zalatoris begun in a tie for 39th before firing a second straight 66 on Saturday to move into a share of 15th.

After his third round, Zalatoris addressed the split, calling it the "toughest decision I've had to make in my golf career" and attributing the sudden decision to a "rough month" on the golf course – Zalatoris missed the Scottish Open cut before going T-28 at The Open and T-20 at the Rocket Mortgage Classic – that was starting to affect their personal relationship.

"I know guys say that when they split, but it really was," Zalatoris said. "We were guys that we would love to have dinner together and hang out and what was going on on the course was starting bleed off the course, and that's not what you want. He's an incredible friend, I love him to death and I told him I had to do what's best for me. ... Obviously, you can tell how hard this decision was on me, especially the timing of it, but I think it was just getting a little unhealthy for both of us and obviously it hurts."

The decision ends a partnership that began in just over three years ago, before Zalatoris was even a full-time Korn Ferry Tour member. Zalatoris had Monday-qualified into the Savannah Golf Championship earlier that year and added a couple top-10s to earn more starts, though Zalatoris was still searching for a more permanent bagman and Goble had long been a target. Goble finally agreed to debut at the Lecom Health Challenge in July 2019, and Zalatoris subsequently turned in his best finish of the year, a T-3, one shot out of a playoff.

Goble remained on the bag, and Zalatoris ended up earning his card for the following season, in which he famously dominated on the KFT post-pandemic stoppage before playing up and earning his PGA Tour card the hard way, via non-member points, for the 2021-22 season. He also captured the Tour’s Rookie of the Year in 2020-21.

Zalatoris is ranked 14th in the Official World Golf Ranking, and though he hasn’t won yet on the PGA Tour, he does own six career top-10s in majors, including three runners-up (2021 Masters, 2022 PGA and 2022 U.S. Open) – all with Goble, who prior to Zalatoris had caddied for Tour pros such as John Merrick, Spencer Levin, Michael Thompson and K.H. Lee, on the bag.

While Gregory stepped in this weekend, Zalatoris revealed that he will have Joel Stock caddie for the playoffs and beyond. Stock most notably caddied for Ben Crane and most recently was on Cameron Tringale's bag.

He also said that he's not ruling out Goble caddying for him in the future.

"We both kind of sensed it for a little bit, and, you know, nothing's permanent," Zalatoris said. "It's just something that, like I said, he's a brother. I love him to death. ... He's basically been my best friend for the last three years. He was my only caddie I had on any sanctioned tour, on the PGA Tour and Korn Ferry Tour, and so, like I said it's the toughest decision I've had to make in my golf career and I had to do what I think is best going forward." 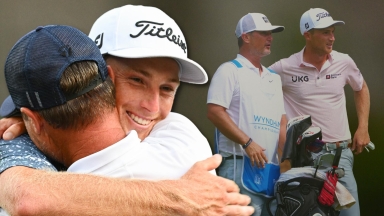 They say it takes a village, and in golf, that village consists of many more stakeholders than just a player and their caddie.

Will Zalatoris is always available to caddie for Mr. Gilmore, except when he’s winning on the PGA Tour. 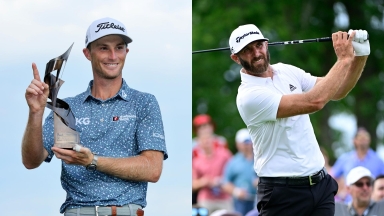